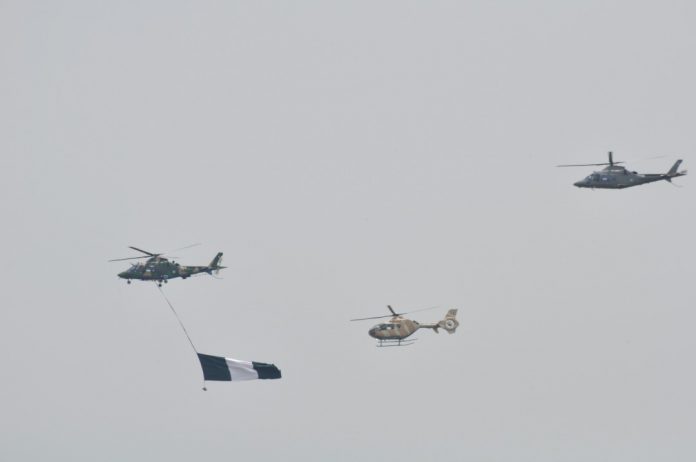 This is to inform the general public that the Nigerian Air Force (NAF) will be inducting its newly acquired Agusta 109E (M) Power Helicopter on Tuesday, 28 January 2020, by 10:00am at the Eagle Square, Abuja. Rehearsals for activities that form part of the induction ceremony will involve the movement of military aircraft flying at low level as from Friday, 24 to Tuesday, 28 January 2020. Members of the public are requested not to panic but go about their normal businesses.

The Chief of the Air Staff (CAS), Air Marshal Sadique Abubakar, has reaffirmed the commitment of the Nigerian Air Force (NAF) to deal with all threats to the security of the Nation, with particular reference to terrorism, insurgency, kidnapping, armed banditry and other forms of criminality, working in concert with sister Services and other security agencies. The CAS made this assertion today, 22 January 2020, while on a one-day operational visit to the 407 Air Combat Training Group (407 ACTG) Kainji, Niger State, to inspect ongoing infrastructural development projects aimed at improving the operational environment and enhancing the welfare of personnel and their families. The projects inspected include the ongoing re-construction/re-modeling of 3 blocks of 10 x single-bedroom flats for Non-Commissioned Officers (NCOs), upgrade of the Unit’s water supply system as well as the ongoing re-construction of over 2.8Km of roads within NAF Base Kainji. While in Kainji, the CAS was briefed on the progress of work on the ongoing Periodic Depot Maintenance (PDM) of the Alpha Jets and also witnessed the offline serviceability test of an Alpha Jet Larzac C6 engine using the recently upgraded Engine Test Bench in the Unit.

Speaking after the inspection/assessment, Air Marshal Abubakar, while noting the importance of NAF Base Kainji to NAF’s combat air operations, expressed satisfaction with the progress of the projects. He said their completion would undoubtedly enhance the welfare of the personnel thereby improving their professional performance. The CAS also noted that the upgrade of the Engine Test Bench was a significant value addition in 2 major areas. The first, he said, was the building of the capacity of the personnel who had been trained to man the upgraded system for more effective and efficient service delivery, while the second was the fact that, with the upgrade, all parameters of engines could be checked on the ground before mounting them on the aircraft, thus reducing the probability of damage to other components during live testing on the aircraft.

While expressing satisfaction with the progress of the Alpha Jet PDM, the CAS highlighted that this was the second time in the history of the NAF that such high-level upgrade was being conducted in-country. He stated that a unique feature of this particular PDM was the upgrade of the avionics system of the aircraft to improve operational safety as well as increase the reliability and effectiveness of the aircraft. The CAS disclosed that work on one of the Alpha Jets, NAF 452, would be completed and test flight conducted by the end of February 2020, while work on 2 others would be completed before the end of the year.

Speaking further, Air Marshal Abubakar noted that the remarkable achievements recorded by the NAF over the past four and a half years were as a result of the immense support provided by the Federal Government which had enabled the Service to increase its manpower strength by over 12,000 personnel, whilst facilitating the training of over 100 new pilots, over 517 new engineers/technicians as well as over 1,000 Special Forces personnel within the period. He noted that this had positioned the Service for more effective and efficient employment of Air Power to deal with the security threats facing the Nation.

The CAS, who was accompanied on the visit by Branch Chiefs and Directors from Headquarters NAF, was received, upon arrival in Kainji, by the Air Officer Commanding Air Training Command, Air Vice Marshal Musa Mukhtar as well as the Commander 407 ACTG, Squadron Leader Kingsley Igwegbe. The CAS has since returned to Abuja. 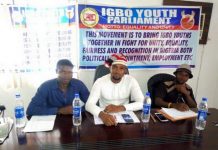 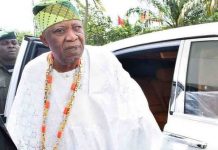 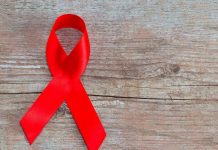 More than 47 Nigerian children and adolescents die every day from... 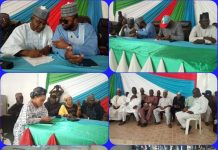 Okehi APC Stakeholders’ Meeting: When The Bolts Were Firmly Fixed And...