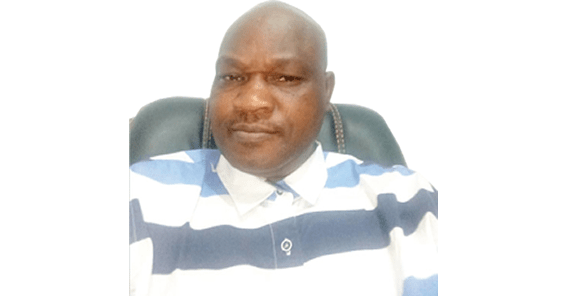 The Southwest Zonal Publicity Secretary of All Progressives Congress (APC), Chief Oladapo Karounwi  has admonished other Presidential aspirants from the South-West geopolitical zone to drop their ambitions for Ekiti candidacy in the interest of justice and fairness.

The APC chieftain argued that Ekiti province hadpsod its dues by supporting the ambition and candidacy of other politicians from other states within the region in the time past.

In the statement, titled;  “If I Were To Contest For Nigeria Presidency In 2023″, Karounwi cited many instances where Ekiti people stood by candidates of other South-West states.”

“As an Ekiti man, I will never sit in negotiations with any other aspirants in the South West/Yoruba Nation. I will make it to the Primaries and let the National delegates decide my fate.”

“I will want history to record that a certain person, Karounwi Oladapo from Ekiti State, is the first Ekiti man to struggle for Nigeria Presidency on the platform of a ruling and dominant Political Party in Nigeria, assuming I lost out at the Primary election stage!” Karounwi posited.

He disclosed that  Ekiti being thev intellectual wing of the Yoruba Nation, has always been loyally supporting other States in the South West for elevated Positions

“Ekiti supported Mrs. Olubunmi Etteh from Osun State, Mr. Dimeji Bankole from Ogun State and Mr. Femi Gbajabiamila from Lagos State, all for the Speakership of the House of Representatives

“It is only Ekiti State, out of the six States in the South West, that history has not recorded any of the elevated positions.”

“If other States in the South West can not step down and reciprocate Ekiti kind gesture all these years by supporting aspirants from Ekiti state for Presidency in 2023, then, posterity and the coming generation of Ekiti will not forgive”, he said.

“Karounwi said history had shown that any Presidential aspirant of South West/Yoruba extraction that aspired on the Nigeria Agenda always secured nationwide votes, and possibly made it to the Presidency.”

He said anyone interested in contesting to be Presidential candidate of the party in 2023 from Southwest should therefore be allowed to do so as long as the person meets requirements of the law.

He said it was time for others interested in the region to drop their ambitions and team up with an Ekiti candidate, more so if such aspirant possesses national clout and ready to pursue national agenda as against narrow Yoruba agenda.

According to him, the issue about who and who should not run as presidential candidate of the party is also not the exclusive preserve of few individuals but can only be determined via open party primaries.

He noted that such was the case of the late Chief MKO Abiola and Chief Olusegun Obasanjo.

“One needs nationwide votes because South West/Yoruba votes are not sufficient to make a Nigeria President. The votes from the five other Zones matter and these can only come if such South West aspirant allays the fears of other Tribes and address the trust question by proving that he has National and not Zonal or Tribal Agenda.”

“It is sad that the opponents of this National Agenda strategy in the South West have a name for whoever stressed his Political hands across the River Niger.”