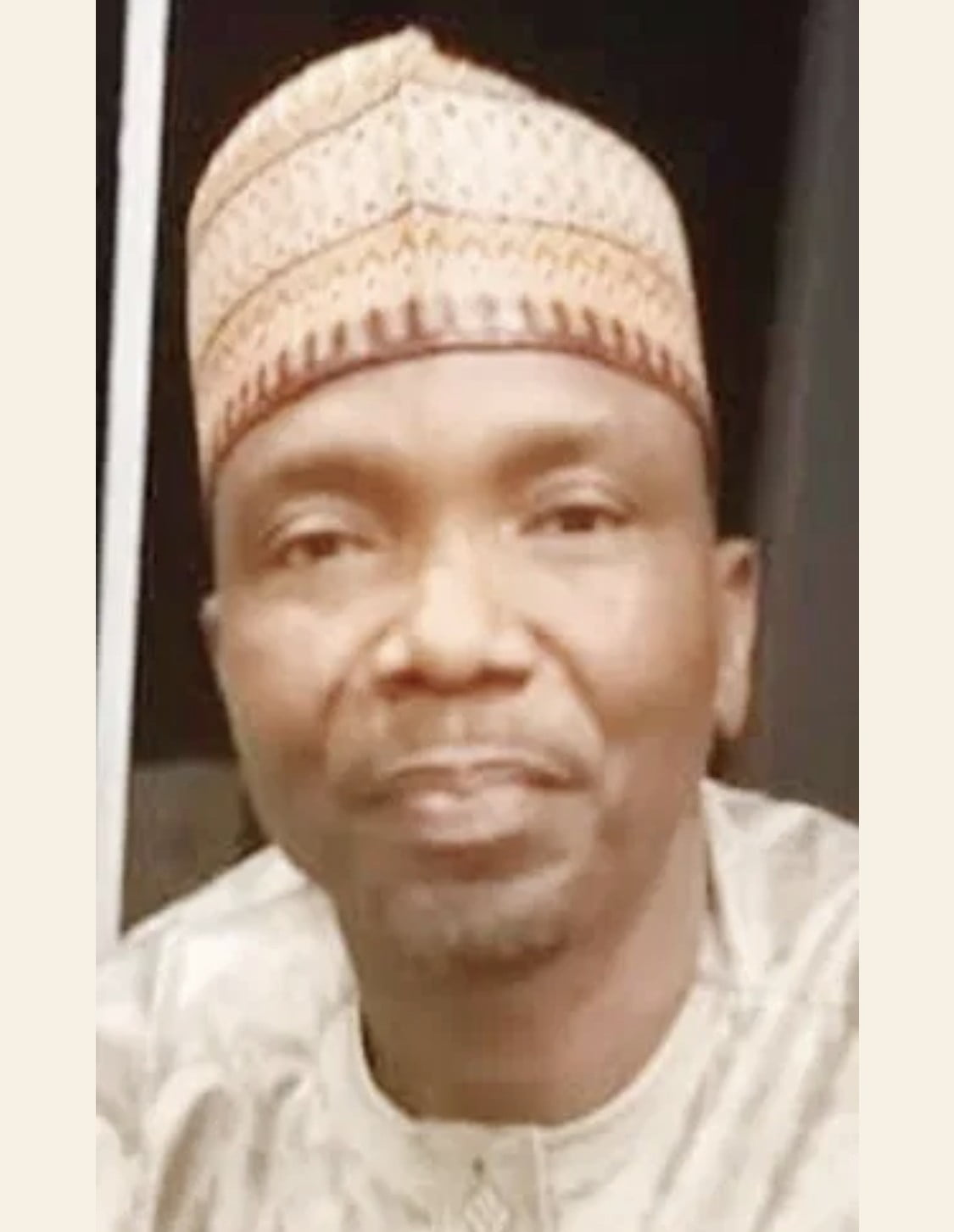 Professor Sahabi Danladi Mahuta is a Professor of Environmental Biochemistry at the Uthman Danfodiyo University, Sokoto, and the Chairman, Kebbi Development Forum. He spoke with some journalists in Abuja and OLALEKAN OSIADE, who was there, brings excerpts

The entire Northern Nigeria has been a theatre of banditry, kidnapping and religious insurrection in the last decade, what do you think caused this or wasn’t this discussed during this conference?

Finding solutions to problems bedeviling the North and charting the way forward is why we are gathered here. To answer your question, basically two reasons are responsible for these problems; low literacy rate and youth unemployment. The Fulani problem in the north is historic and there’s the need for proper understanding before a solution can be proffered. The way Western missionaries were accepted in the South, they were treated with rejection and suspicion in the North. BOKO means literally Western education, but if an Hausa man says you want to use Boko for me, he’s no longer talking about Western education, but ‘’deceit’’ which is the pejorative meaning of Boko. So, from the beginning, there has been suspicion about Western education from the North and that tells you why the literacy level is low, because the offer of Western education by the West was viewed with suspicion.

Has government efforts addressed these malaise?

Not at all, because they have not been sincere and single minded about finding solution to the problem

At the root of these social problems lies the Almajiri system, which offers regular streams of recruitment for bandits, Boko Haram and kidnappers, what do you think can be done to address the problem?

Firstly, the government should recognize the existence of Almajiri as a system of education in the North, by at least establishing a data base of all the Almajiri schools in the country. You see, those who drop their wards in Almajiri schools see their action as a religious obligation because seeking of knowledge is a religious duty. We all know the Almajiri system of education is defective because they just memorize without knowing the meaning. To know the meaning, you have to come back for further education, but this educational system can be made effective by the introduction of English Language writing, Mathematics and entrepreneurship skills that would make them useful to the society. Thereafter, any other interventions can follow. Both systems worked fine in other countries, so it can work if well integrated in Nigeria but it is dangerous to ignore the Almajiri problem.

Slightly linked is the problem of herders, cattle rustlers, bandits and kidnappers in the north. General Ibrahim Babangida started the nomadic education policy but was stopped after he left office. That stoppage practically put the Fulani herdsmen out of touch with government, civilization and out of the reach of even Islamic scholars. They were let loose. They felt abandoned. This is someone who is ignorant of education, government, abandoned in the bush, following cattle anywhere. To them, every human being is wicked and an oppressor. Government must rise up and find a solution to this big social problem of Almajiri and the Fulani herders .

As a renowned Islamic scholar, is their a role religion can play in solving the problem of Almajiris in the North?

Yes. As a commonly acceptable system of learning among Northern Muslims, to change it, or, at least, modify the Almajiri educational institutions, proper Islamic channel and concepts must be understood and inculcated so it doesn’t appear as a desecration of the belief system. We only postpone the evil day if we don’t start with an educational and social system that would integrate the Almajiris and Fulani herders into the society effectively.

The reward system for political stalwarts seems very poor in the All Progressives Congress (APC), do you see this as a problem as we move towards 2023?

Lack of reward system for political stalwarts will be one of the major problems of APC in 2023 because those who worked for victory of the party have been left in the lurch by this winner takes all syndrome of the party. Unfortunately, there won’t be a Muhammadu Buhari to rally Northern votes for the party anymore.

Power is expected to shift southwards in 2023, do you expect power shift on just regional basis or also on religious grounds for effective representation?

Once religious factors come into the equation of power shift, then there is going to be a problem, but honestly we can’t run away from that. You see, after 8 years of power in the hands of a Northern Muslim, it would be proper for a shift to a Southern Christian. A Southern Muslim can however aspire if people of the South-South, South-East , South-West and Middle-belt are agreed and comfortable not to have any adherent of their faith on the ticket. What is however not acceptable to us in the North is a Southern Muslim picking a Northern Christian as his Vicepresidential candidate.

Are you indirectly calling for a Muslim/ Muslim ticket?

People would point at the 1993 MKO Abiola/Babagana Kingibe ticket, but I can tell you as a major player in the North, that Nigeria of 2020 is not Nigeria of 1993.We are too fragmented and religiously divided for a mono-religious ticket to fly now. Secondly, there’s no politician in the mould of MKO alive now.

You said only Asiwaju Bola Tinubu and Ekiti State Governor, Dr Kayode Fayemi, are the known gladiators from the South- West who are seen as serious, how do you see the two aspirants?

One, none of the two politicians has announced intention to contest, so we can only guess. Tinubu is old, experienced and politically well connected and rich which is a big factor in Nigerian politics but carries a lot of baggage which is not unknown to us. Fayemi is young and energetic, but, not well known by many. The struggle for power between the old warhorse and the greenhorn is a generational fight if I must say. Let me use Kebbi as an example of this generational battle. Tinubu became governor in 1999 and so is close to Adamu Aliero who is a godfather now, but Fayemi is friend of Atiku Bagudu who is the present governor. You can see why I said it’s a generational battle? After the Buhari experience, the thinking in the North now favours a younger, educated leadership and Fayemi scores higher in that realm. I’m not sure if we are ready for someone of the same age with President Buhari again in view of our present experience. That’s not taking anything away from Atiku Abubakar and Ahmed Tinubu, but age is definitely not on their side anymore. In America, they can have a Donald Trump or a Joe Biden because they have institutions that run on auto-pilot, we don’t have such luxury here, so we can’t continue to recycle aged people and end up with semi-senile leadership. Even in the North, there is a great agitation for generational power shift. Our system is still susceptible to ethnic, religious and other abuses, hence we need agile and 24 hour- eagle-eyed monitoring. Health, integrity, age and education are critical requirements in this regard. Like I said earlier, if people of the South are comfortable with a Muslim/Muslim leadership, they can present a Muslim presidential candidate, but the one coming from the North must be a Muslim. That is not negotiable.

Do you see these two people as fulfilling qualities required by the North?

Going by what we itemised as requirements, only Fayemi fulfills these qualities thus far. But you know others like the VP will still come out. He’s younger, went to three great schools; University of Lagos, Obafemi Awolowo University, Ile-Ife and King’s College, London and carries no baggage. He’s a Christian, so he can conveniently pick a Muslim northerner to balance the ticket. You may not know this, we in the North find adherents of the Catholic faith the most amiable, cosmopolitan and reliable Christians. I learnt Fayemi is a Catholic, that makes him super acceptable to us Northern Muslims and Southeasterners who are mainly Catholics.