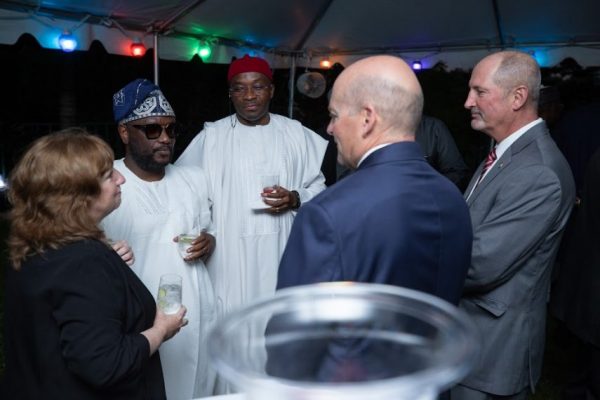 The partnership between the United States of America and the Nigerian Military has led to the private sector investment in Nigeria.

This was made known by the Deputy Chief of Mission of the United States Mission in Nigeria, Kathleen FitzGibbon.

She spoke when she hosted Nevada-based Sierra Nevada Corporation at the US Ambassador’s Residence on June 15 to inaugurate the SNC’s office in Abuja.

The SNC is a recognised US defence contractor and the first to establish a permanent presence in Nigeria.

Guests at the occasion included members of Nigerian Armed Forces, Ministry of Defence, National Assembly and other government officials.

The establishment of a permanent presence in Nigeria, the US Mission said in a statement, is to build on the delivery of the A-29 Super Tucanos to the country.

At the time the deal was completed, it was the largest ever Foreign Military Sale in Sub-Saharan Africa, valued at $497 million.

The SNC has since then remainEd engaged with the NAF with ongoing technical and maintenance support.

FitzGibbon congratulated the SNC for the dedication it showed to Nigeria, both through its recently established presence and existing programmes in the country.

She reassured those present of the US Government’s dedication to security in Nigeria, adding: “For decades, our countries have maintained a strong and mutually beneficial security partnership.

“The A-29 program is symbolic of this partnership to strengthen civilian protection.”

FitzGibbon also applauded the A-29 programme, describing the effort as a “total package approach” to military sales.

She recognised the development of a new Nigerian military doctrine, and specifically highlighted the efforts of SNC and the US Mission to Nigeria to train NAF on laws of armed conflict and human rights as they employ the advanced weapons systems such as the Super Tucanos.

She said: “We are proud of the what SNC and the A-29s have done so far in advancing our cooperative security relationship, and applaud the partnership that they symbolise.”

SNC’s Senior Vice President Ed Topps was on hand to represent the company, stating: “SNC is proud to help improve the security of the Nigerian people through the A-29 Super Tucano programme.

“The airplane is performing above expectations, thanks to the professionalism of NAF pilots and maintainers.

“We hope Nigeria can increase operational effectiveness by adding another squadron of A-29 aircraft as quickly as possible.”