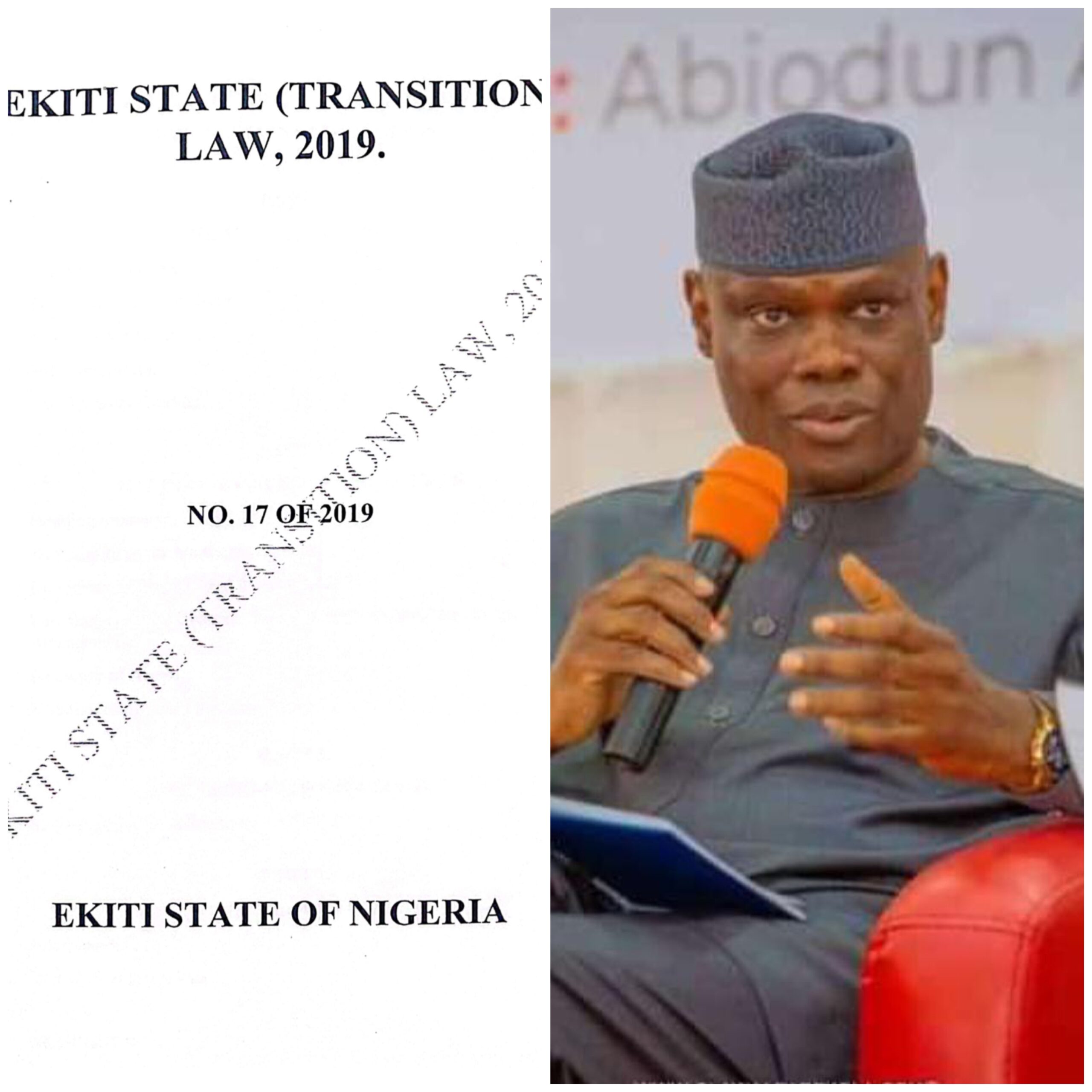 Fapohunda while speaking to a cross section of media representatives today in Ado-Ekiti said that the Ekiti State Transition Law is one of the novel laws enacted by the Fayemi administration to ensure a smooth transition from one government to another. According to him, the Ekiti State Transition Law, 2019 is a Law to establish arrangements for the Political Transfer Of Administration from one democratically elected Government to another.

He further stated that by the provisions of the Law, the Governor and the Governor-Elect are to appoint ten persons each to form a Transition Team to oversee the transition to the new administration.

In response to a question on the composition of the Transition Team,  Fapohunda said that the law provides for 5 statutory members including 5 non-statutory members to be appointed by Mr Governor. He said the Governor-Elect will in addition appoint another 10 persons who are expected to bring their expertise in the diverse areas of governance to the transition process. The Transition Team should be no more than 20.

Fapohunda clarified that the 10 persons to be appointed by the Governor-Elect should by no means be misconstrued to mean that these are members of the Governor elects proposed cabinet.

He said the functions of the Transition Team among others will include making comprehensive practical arrangements to facilitate the transfer of political power as well as to ensure the provision of daily State of the State briefings for the Governor Elect during the period before his assumption of office. The Attorney-General said other functions of the Transition Team include ensuring that the salaries, allowances, facilities, privileges and the retiring benefits or awards as determined by the Public Service Rules and which are due to the holders of political offices are paid or accorded to those persons without undue delay; and to undertake any other function which will enable the Team to achieve the object of the Transition Law.

The Learned Silk stated that the Transition Law also provides for the establishment of an Advisory Council made up of four eminent persons whose main mandate is to mediate and provide guidance on issues that may arise during deliberations of the Transition Team.

Fapohunda assured that the Transition and Advisory Teams have already been composed. They will be announced and will begin work immediately.