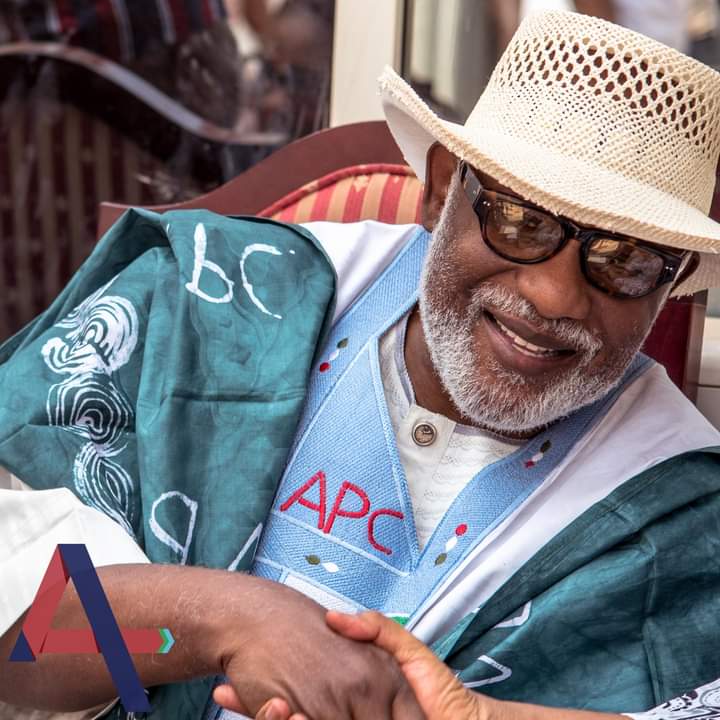 In the wake of the terrorists attack on Owo, Ondo state on June 5, 2022, I asked questions around to try and establish the likely reasons for the bestial and dastardly attack. One explanation was that the terrorists appeared to have a grouse with Catholics – whatever the grouse! Previous as well as subsequent events of the number of Catholic priests killed by terrorists all over the country may justify the need to further explore this explanation. Another reason given was that it was a subtle declaration of war on the Igbo outside of their insurgency-ravaged enclave, since it is assumed that the majority of Catholics in the country are of Igbo extraction. Still another reason given was that it was to punish the Ondo State Gov. Oluwarotimi Odunayo Akeredolu for his strident call for the presidency to rotate to the South; for his vocal support for the establishment of the South-west security initiative codenamed Amotekun; for banning open grazing of cattle and for his quit order on Fulani herdsmen to vacate Ondo state forests. In order words, it was the declaration of war on Owo because the governor hails from the town. It was a two-edged sword meant to embarrass as well as punish Akeredolu for his so-called anti-Fulani or anti-North stance. It was also a stern warning to Akeredolu to hands off Fulani and or Northern matters or else…

Another school of thought championed by a knowledgeable leader of thought in the town was that in his seven years as governor, Akeredolu had alienated the traditional security agencies such as the police, army, civil defence, etc by denying them support – financial and logistics. Therefore, those ones grudgingly perform their security jobs comme ci, comme ca (so-so; neither good nor bad), as the French will say, or “how for do”, as my Grandma would say. I have said it before and it bears repeating here: that if I were in Akeredolu’s shoes, I would act similarly. The Federal Government that has responsibility for those security agencies should fund them or disband them and allow the states to come up with their own security architecture. I cannot fund an organisation only for someone else to control and give them orders, most times against the interests of the financier. Is it not said that he who pays the piper dictates the tune? Why should I pay the piper only for someone else to dictate the tunes – and most of the time to my grief? I think the FG has continued with this “monkey dey work, baboon dey chop” system because the states – corrupt, ineffectual, ineffective, spineless, cowardly and lacking in ideas – have allowed it.

So, I support that states should not fund the FG-controlled security agencies if the FG will not relinquish or at least relax its control over them: But the states will have to contend with the blackmail that comes with that, which, I understand, was the case in Ondo state. The FG-controlled security agencies were said to usually grumble that they had no vehicles; that they had no funds for logistics; no fuel; no allowance; no-this, no-that! I am sure you know that this is a corrupt country through and through. I am also sure you know that professionalism deserted these shores a long time ago! So, when Akeredolu set up Amotekun, it immediately became a sore point not only for the Fulani-dominated and Fulani-controlled FG but also for the security agencies in Ondo state. I was told they would taunt the people who run to them for help to go to Amotekun! As if they were not being paid salaries by the government to discharge those same responsibilities?

But what is worth doing at all is worth doing well. When he set up Amotekun, Akeredolu should have understood that he had to make it function effectively by having the right mix of numbers as well as training, equipment and other logistics. Political Amotekun, however, was what Akeredolu contented himself with, which could not get the job done. And with the aggrieved FG-controlled security agencies nursing deep-seated grievances, Ondo state’s flanks were left unprotected, which was one of the reasons the terrorists had a field day and strolled away thereafter, unhindered, unmolested, unchallenged, and unrestrained. If they say they have now arrested some or all of the terrorists, where are they and when will they have their day in court? Or were the news of the arrest merely political statements meant to deceive the unwary or give the people cold comfort… until the rage next time?

Last week, 15th July to be specific, there were news reports that Akeredolu donated 50 patrol vehicles to security agencies in Ondo state – Police, Army, Navy, Civil Defence, DSS, and Amotekun “as part of the commitment of his administration to further strengthen the security of lives and property of the people in the state” What do we call this: Succumbing to blackmail; medicine after death or getting wiser after the act? Grandma, were she alive, would have described Akeredolu as the proverbial child who threw the knife away after it had lacerated his hand! But better late than never! Were Akeredolu to be someone who listens to advice, he would have followed this path a long time ago and probably… I am sure you know what I mean!

Akeredolu is not just the wisest fella in Ondo state; he is the only wise man in the entire state! But since it now seems he has started listening to advice – or succumbing to blackmail, whichever! – let us try him with another burning issue in his state, which hangs the fate of many of the State’s long-suffering teachers in the balance. Someone forwarded it to me and I reproduce it here with some editing. Addressed to HE Gov. Akeredolu, it was written by one Bukola Adeyemi Oyeniyi (Ph. D), an Associate Professor, and it complained about the Ondo State Government’s tardiness in paying salaries and pensions as well as a new policy on the promotion of teachers in the state.

“Per the case of teachers, I was also informed that the state, under your direction, now mandated that any teacher who is seeking promotion from one level to another must present evidence of having completed a Master’s Degree in Education. As I understood it, following intervention, especially by the Academic Staff Union of Secondary Schools (ASUSS), it has also been decided that in lieu of a master’s degree, teachers in the state can attend mandatory six-month training at the Public Service Training Institute (PSTI) in Ilara-Mokin.

“The PSTI training program, which is slated to start in July, shall cost each teacher one hundred and thirty thousand naira. The breakdown is as follows: 10,000 naira as cost of Application Form; 100, 000 naira (payable in two instalments) as school fees; and 20,000 naira as project fee. What certificate will PSI issue these teachers, and can such certificates be used outside Ondo State? What about its curriculum? Is the program the equivalent of a master’s degree in education?

“As much as I believe in personnel training and retraining as a key element in nation-building, I wonder where you expect these teachers to get money to fund either a M. Ed or PSI training program. If this is about revamping education in the state, why not make the training free? As a former NBA President and a lawyer with many years of experience, I do not need to remind you that not paying salary as at when due is a breach of contract. It is called wage theft. Wage theft – the denial of salaries and wages or employee benefits – can be conducted in different ways. Notable examples include not paying salaries and wages as at when due, not paying overtime, making illegal deductions from workers’ salaries and wages, violating minimum wage laws, misclassification of employees as contractors, not paying annual leave or holiday entitlements, or simply not paying an employee at all.

“Lawyers globally are seen as purveyors of justice, beacons of hope, and hope of the poor. Perpetrating wage theft not only casts your government in an opaque light, it also shows that you are not in any way different from others that you have criticized over the years… No one should decry the parlous state of our education when teachers are paid only one month in six months! Every day, doctors and nurses from Nigeria bail out to Europe, the Gulf States and North America where their skills and expertise are valued and are adequately rewarded. Non-payment of salaries coupled with poor working environment is the bane of our hospitals under your watch. This is sad.

“There was a time when hospitals in Ondo State were among the best in Nigeria. The recent terror attack in Owo exposed how sad things have become in our hospitals since you took over the reins of power. Nurses and doctors were not enough to cater for the injured. Blood was in short supply and when Nigerians were ready to donate blood to victims, there were few to no nurses to attend to them! Sir, this is on you. It stops right at your table.

“Is it that office-holding has sapped you of any milk of human kindness or how do you explain the imposition of new laws/directives on hapless and helpless teachers that have not been paid six months salaries? Rather than forcing them to cough out 130,000 naira to attend a training program at the Public Service Training Institute (PSTI) at Ilara-Mokin, why not make such training free if it is truly aimed at revamping the educational sector through training? While there is no harm in revamping our educational system by mandatory train-the-trainers’ programs, it is simply callous and irresponsible to expect people not paid wages to cough out a dime to attain either a master’s degree or this God-knows-what PSI training.

“As a lawyer, I expect that you should pay due regard to the laws and guidelines that were operational as at the time of these teachers’ appointment. Is there any modification to the guidelines to make this new directive legal? Even if there have been modifications, standard practice is that the laws or directives operational as at the time of an appointment serve the purpose of such an appointment. Since laws don’t have retroactive application and effect(s), I think imposing new directives guiding promotion is, in itself, a breach. The intent behind the new directives notwithstanding, you are changing the goalpost in the middle of a game! I think, as a lawyer, you should not be proud of this…

“So, I suggest that you put an immediate stop to the idea that tutors going from GL 15 to 16 this year will not be promoted not until after the completion of the PSI course or presentation of their M. Ed. The same applies to the idea that beginning from next year, “There shall no longer be automatic promotion again from GL 13 upward, unless the certificate from PSTI, Ilara-Mokin or M. Ed is presented… He who comes to equity must come with clean hands.”

Good to note that Akeredolu now has listening ears – or so it seems! Let’s then wait and see how he reacts to this!

Full List Of NNPC’s 23 Subsidiaries, What They Do, Percentage Of Ownership, Country Of Operation
“I think it is time for Christians to move away from the theology of disengagement; CAN should evolve charter of demands for political leaders- Fayemi APC Muslim-Muslim ticket: