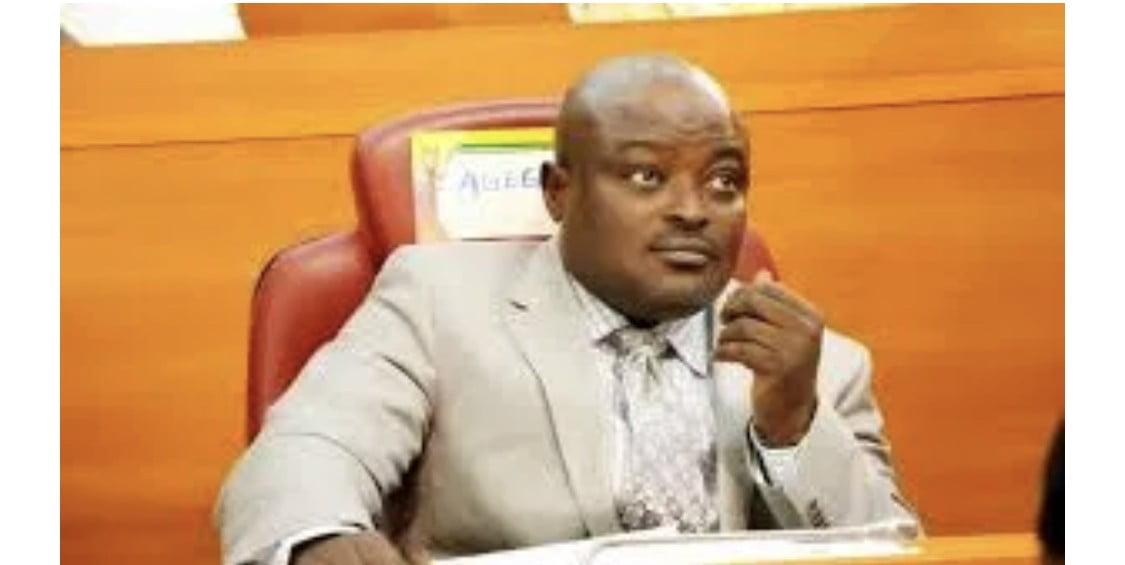 Lawmakers in the Lagos State House of Assembly have debunked the report on social media that some 26 lawmakers signed the impeachment of the Speaker, Rt. Hon. Mudashiru Obasa and also passed votes of confidence on him.

Hon. Rotimi Olowo representing Somolu 1 who raised the issue at the plenary on Monday said he read on social media that 26 members signed the impeachment of speaker Obasa.

Eulogising the speaker, Olowo said, ‘my son called me from Canada to appreciate the Speaker for his prompt response on the EndSARS protest. You took your time to address the protesters at about 12am on Friday.

“I will say the lawmakers should speak to know who signed the impeachment among us”.

In his response, Rt. Hon. Mudashiru Obasa appreciated the contributions of the members, saying he’s not entertaining any fear.

According to him, I did not plan to become speaker, it is Allah that made it possible. This House is one and it will remain one. If there is any disgruntled elements , they should adjust their ways. I have nothing against anybody and never allow any side talks.

“We have challenged them to bring documents against the allegations but they could not. There is nothing but desperation. They are shameless by saying I have 57 houses in Agege.

” This is a political thing and I will urge us to work together for the interest of our people. They just want to get the Speaker away from the seat. We have the voice of Muyiwa Jimoh recorded saying speaker has houses abroad. We should have clear mind towards one another. We will not allow anyone to disrupt the House”, Speaker said.

Eerlier, Hon. Kehinde Joseph representing Alimosho 2 also affirmed the report on social media, saying the people who signed should signify. He also throw his weight behind the Speaker.

Hon. Rasheed Makinde representing Ifako-Ijaiye 2 cautioned his colleagues on revealing what is going on in the house to the public domain. “I am tired of people calling me from all over the States about the issues in the Assembly.

” I don’t blame Sahara Reporters because they are working for their money and the NUJ need to do something about it. The way journalists manage information is very bad. Please leave Obasa alone.

” The report on social media emanated from among the 40 members”.

Makinde coated from the book of Isaiah 55 VS 5-9 which says “Let the wicked forsake their ways…..

In his contribution, Hon. David Setonji representing Badagry 1 also aligned with his colleagues saying Obasa is a wonderful man.”the speaker has maintained sanity in the legislative business and this contributed to why he was elected as the Chairman of Speakers conference”, he said.

Some few lawmakers also accused Hon. Jimoh Wahab of instigating and fueling the crisis about Obasa, saying if need be to suspend them again, the leadership should go ahead.

Hon. Sokunle Hakeem representing Oshodi Isolo told the House that if any report of speakers house in US is being published on social media, Hon. Wahab Jimoh should be held responsible.

Hon. Yinka Ogundimu representing Agege 1 also said he’s not aware of any lawmakers that have signed any document for impeachment, saying the report is meant to distract the focus of the House.

Hon. Bisi Yusuf representing Alimosho 1 suggested the need to set up adhoc committee to unravel those behind the problem. “He said all is not well Mr. Speaker we should not deceive ourselves”, he said.

The majority leader, Hon. Sanai Agunbiade representing Ikorodu 1 said he wondered why the house is being bothered about the report. He said the process of impeachment is very clear and not that easy, saying those who have the list should come out.

“If some people said there were 26 lawmakers signed impeachment, by now they need to bury their heads in shame with what happened today. I find it very embarrassing when people asking me where I belong. For the fact that one keep quite does not mean you don’t have something to say. As far as I am concern, I will say God will judge me for everything I have done in this house and others too”, he said.

Hon. Moshood Oshun Mainland who came in late into the Chamber said the issue should be allowed to go. “As far as I am concerned I did not attend any meeting or sign anything document. Don’t encourage people coming to you to tell you what you want to hear”, he said.

They alleged the suspended lawmakers, Hon. Wahab Jimoh and two others of fueling the crisis.

The lawmakers therefore passed vote of confidence on the speaker by raising up their hands.