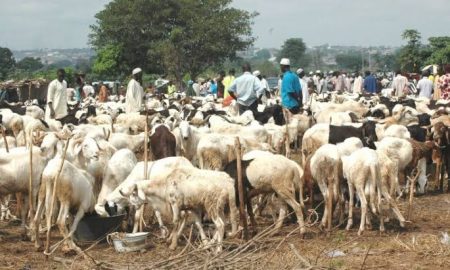 The nationwide strike by the Amalgamated Union of Foodstuff and Cattle Dealers of Nigeria (AUFCDN) is taking its toll on Nigeria’s food market since the union ordered its members to quit conveying cattle (an important source of animal protein) and other food items to the South.

The industrial action was instituted following the expiration of a 7-day ultimatum given to the Federal Government to attend to the union’s demands. A memo to that effect addressed to the Chairman, FCT Abuja Council, on 19 February 2021, partly reads:AdvertisementScroll to Continue

“As you are aware that Amalgamated Union of Foodstuff and Cattle Dealers of Nigeria held meetings at different places and time and agreed to fight for the right of its members. We wish to write and notify you that the strike is commencing on Thursday 24th of February, 2021 by 12 midnight, you are expected to participate actively during the strike.”

How the strike is affecting Nigerians

The Cattle Dealers Union strike has its consequences. It is already having a toll on traders and consumers alike due to the hike in the price of food items, including beef.

A trader at the Kara Market laments strike action

Here’s what an anonymous trader at the Kara Market in the Ojodu-Berger area of Lagos has to say about how the strike has affected her business. In an interview, while lamenting the effect of the industrial action, she said:

“It is really sad to know everything in the market has gone up drastically overnight; onions now go for between 22,000 and 23,000 thousand naira for a dried jute bag. The prices of tatashe, rodo, bawa have gone up too.”

Here’s what an anonymous trader at the Kara Market in the Ojodu-Berger area of Lagos has to say about how the strike has affected her business.

“We sensed something wrong for the past one month when Kara market stopped having cows as they used to. The inflow of cows to Lagos dropped drastically causing beef to be really expensive. At some point, we considered stopping the cow business because the outcome was appalling compared to what we used to have. We have run at a total loss on each cow sharing session we have done this year.”

“I hope this explains why beef has been expensive.”

“Food prices are high at the moment due to the strike. We have received bants to this effect from a lot of people. Please stock up in bits as you can; this might be for real.”

What you should know about the Kara Market

Kara Market is a major cattle market in Lagos where large numbers of cattle dealers transact business. You also get the best cows there.