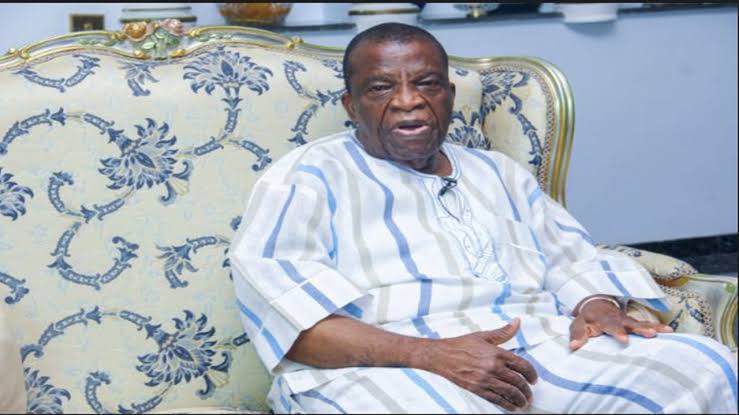 The Ilorin, Kwara State home of the Managing Director of Royals Fast Food, Ilorin, Prince John and Lola Olabayo, a daughter of the famous billionaire, Prince Samuel Adedoyin is presently in turmoil over what could have made their 28-year-old son, Subomi commit suicide in the early hours of Tuesday right in their home.

The body of Subomi was reportedly discovered around 5pm in the backyard of their Ilorin residence, while he was said to have left the house around 11am.

Sources close to the family revealed that Subomi had been depressed for sometime and he was said to have had running battles with his father.

“His mother travelled to Abeokuta, Ogun State for a function on Tuesday.

“Subomi became suddenly moody and withdrawn sometime ago, but he had a particular girlfriend that usually changed his mood for better anytime she came around.

“The girl is about four months pregnant for him. When the girl came around on Tuesday, Subomi’s father snubbed her and he did not attend to her,” said a source.

We were reliably informed that Subomi got infuriated and stormed out of the house and that they didn’t hear from him until around 5pm, when they saw his dead body in the backyard.

What however surprised many people was the allegation that John, Subomi’s father did not wait for his mother before transfering his body to the hospital and making arrangement for a quick burial.

“The mother fainted when she heard the news and she was hospitalized. The father is now making an arrangement to bury Subomi today without any autopsy.

I think the issues that led to this tragic incident should be investigated even in the interest of the reputable family,everything is still in the realm of speculation.

“His father even went with them to the mortuary to deposit his body and a lot of controversies now surround his death,” a source said.

The whole scenario is said to be shrouded in mystery as many wondered the kind of suicide the boy committed using a mattress bedsheets with his feet reportedly on the ground.

We were told that those who felt concerned about the incident suspected a foul play and are keen on “knowing what must have caused suicide by a promising young man.”

The parents are known to be very successful in their various businesses and reportedly have a close-knit family.

Friends and associates have since been sympathising with the bereaved family while princess lola olabayo is still in hospital outside Ilorin the state capital.