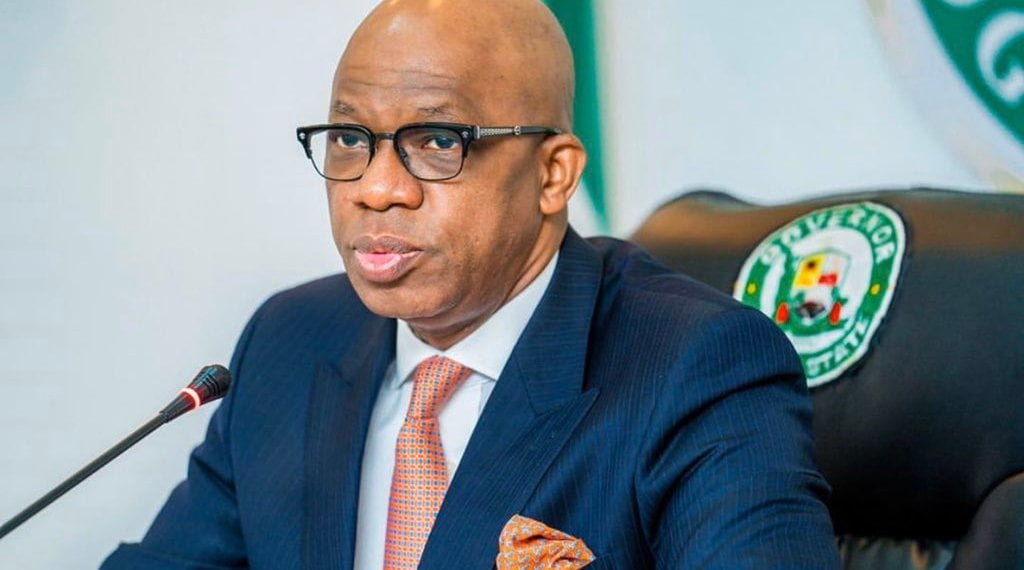 The Department of State Services has reportedly arrested a blogger, Ahmed Olamilekan, for allegedly publishing a story on Ogun State Governor, Dapo Abiodun.

The report was said to be on Abiodun’s alleged criminal records in the United States.

Olamilekan’s lawyer, Festus Ogun, said his client had been in detention since Friday after he honoured an invitation by the Ogun State command of the secret police.

He accused the governor of instigating his client’s arrest, adding that Abiodun had the right to challenge the publication in court instead of using the DSS to harass the reporter.

Abiodun had been involved in a battle with his political adversaries, who called for his disqualification over his alleged arrest in the US for a credit card fraud and forgery in 1986.

The governor, who is running for re-election under the ruling All Progressives Congress, had dismissed the claims, saying they were not sufficient grounds for his disqualification.

But speaking to our correspondent on the phone on Monday, Ogun said he had just left the DSS office but was not allowed to see his client.

He said, “Ahmed was invited for questioning by the Ogun State command of the Department of State Services over a publication relating to the controversial criminal past of the state governor. Thereafter, he was forced against his will to pull down the story from his news blog.

“On Friday, last week, he was invited again and because my client had nothing to hide, he again honoured their invitation. Since then, he has been held incommunicado. He has not been granted access to his family or lawyer and he has been detained beyond the time contemplated by law. Currently, he is being arbitrarily tortured, intimidated and denied his fundamental rights to liberty guaranteed under Section 35 of the constitution.

“I am just leaving the Ogun State command of the security service; they did not allow me, his legal representative, to have access to him. The law is clear: you cannot detain a suspect beyond 24 or 48 hours, as the case may be.

“Again, I became very worried why the governor would instigate the arrest because in the very first place, when a journalist files a report that the governor feels worried about, he is entitled by law to approach the court for redress. But the governor didn’t do so. I do not think journalism is a crime in this country; why should a journalist be treated in such a despicable manner?”

The DSS spokesman, Peter Afunanya, denied that the journalist was in the agency’s custody.

“Let the lawyer be truthful to you,” he added.