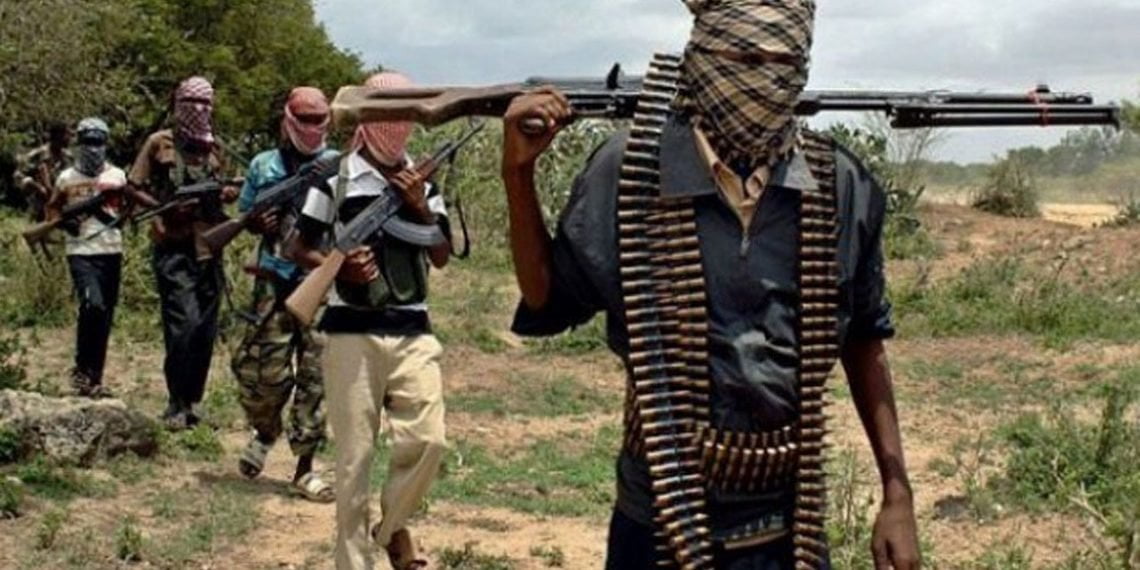 The Boko Haram which claimed responsibility for the missing Air Force Jet,  has released video of  the dead pilot
and the  destroyed jet.

The video, which credible sources released to AFP, showed the corpse of one of the dead pilots.

In the seven minutes, thirty seconds footage, Boko Haram fighters were seen moving along a dusty road, in gun trucks and on motor bikes.

The video showed that the aircraft exploded in the air before it crashed.

Towards the end of the footage, a masked insurgent climbed a wreckage of the aircraft and pointed his gun into the sky

“The Nigerian Air Force jet fighter with plate number 475 was sent to Sambisa to fight the Mujahideen.

“There’s no one that can fight God. This is the evidence of what God has done. There’s no way you will fight his people and this will not happen. The only way for you now is to repent. That’s the only way out,” he said in impeccable English.