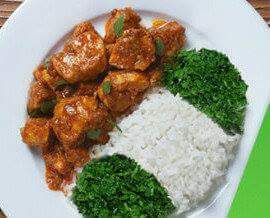 The greatest part of this Nigerianization initiative of Buhari, is that individuals will start to establish cottage industries in their rooms, and parlours and garages, producing quality items needed by Our citizens. India did it in the 70ties and 80 ties. You cannot carry more than two wristwatches into India, you cannot take more than two cameras into India. India locked herself away from the rest of the world, never drinking coca cola, until they were able to manufacture and Things for themselves.

This President is gradually but surely steering us out of our profligate lifestyle of yesterday, driving us into relying on ourselves to a great extent for our needs and engaging ourselves in jobs, artisanship and other means of survival. We must work to To support his effort. I know that it is only a dirt hand that brings about an oily mouth, that is what the president is saying by his Nigerianization effort.

Let these voodoo economists that are prowling our land scape leave us alone @mbuhari is applying his wazobia economics to Pull us out of our current hardship,it is home grown and must be supported by all Nigerians. We have tried the best economic theories of the world since 1983, and we are still at the same point. Let’s join hands with president Buhari & build a better Nigeria. We will enjoy it.
Anthony Eberonwu.

ADDRESS BY RT.HON. OBASA MUDASHIRU AJAYI, SPEAKER LAGOS HOUSE OF ASSEMBLY AT THE ANNUAL GENERAL MEETING/SCIENTIFIC CONFERENCE BY THE ASSOCIATION OF GENERAL AND PRIVATE MEDICAL PRACTITIONERS OF NIGERIA, LAGOS CHAPTER, HELD AT RADISSON BLU HOTEL ON WEDS, SEPT 18, 2019
Enugu Pastor kills his girlfriend for refusing to buy him a tricycle, steals her money to renovate his church
To Top
error: Content is protected !!