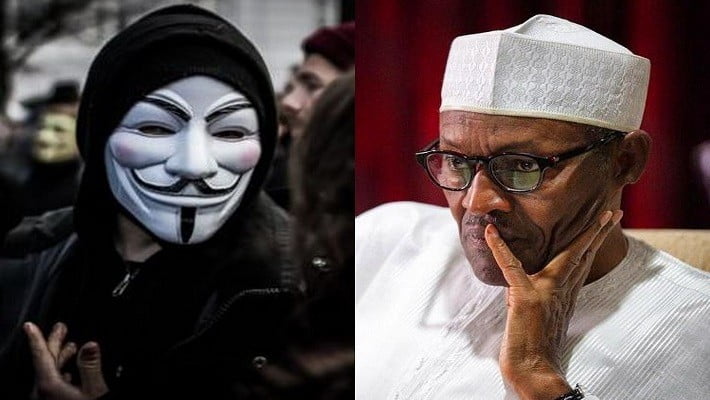 Anonymous has shut down the website of CBN as it intensifies its attack on the Nigerian government over #EndSARS.

INEC’s website was also taken around midnight on Saturday. The electoral umpire earmarked N1.47 billion for its website and servers in 2019.

The extent of damage on all the sites was not immediately understood as a result of the breach, which is part of the group’s ongoing coordinated cyberattacks against the Nigerian government.

The three agencies are yet to make public comments.

The hacker collective took down the website of the Nigerian government banker at 8:41 p.m., according to an announcement on its Twitter handle.
The page has been loading intermittently, indicating that CBN webmasters have been actively working to prevent or minimize damage.

The site was shut down two days after Anonymous took over the Nigerian police website, which has yet to go up as of Friday evening. Thousands of bank accounts and private information of officials were compromised in the attack.

It was not immediately clear whether or not the notorious hacking group collected sensitive information from the CBN web infrastructure following the attack.