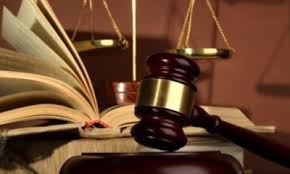 The Federal Government on Monday docked four civil servants and a businessman at the Federal High Court, Abuja over alleged cybercrime.

The civil servants, Anthony Odo, Babatunde Oladipo, Samuel Enwerem and Joy Wright, were said to be employees of the Federal Ministry of Agriculture, the Nigeria Space Research and Development Agency and IPPIS.

The four, along with Joshua Omachonu, were arraigned on an 11-count charge bordering on cybercrime.

In one of the counts, the defendants allegedly conspired to alter IPPIS platform of the Ministry of Agriculture by unlawfully computing and activating accounts of fictitious employees.

They allegedly carried out the act with the intention that such fictitious employees would be considered as genuine employees contrary to Section 27 of the Cybercrime Act and punishable under Section 13 of the same act.

They all pleaded not guilty to the charge, following which their counsel applied for them to be released on bail.

The trial Judge, Justice Ahmed Mohammed, admitted them to bail in the sum of N10 million and one surety each in like sum.

For the businessman, his surety can be a civil servant with the federal or state government or a businessman, whose business must be within the FCT or any of its area councils.

The surety must swear to an affidavit of means, deposit a recent passport photograph with the court’s registry and if a civil servant, must provide an employment letter.

He said that where any counsel refuses to sign the undertaking, the counsel’s client will be remanded in the Kuje or Suleja Correctional Centre, until they can perfect their bail conditions.

He adjourned the matter till October 20 for continuation of hearing.