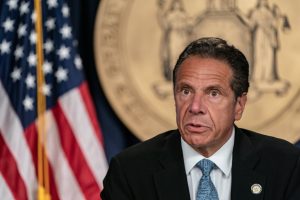 Little is known about the details of the new allegations against Cuomo. The identity of the woman who filed the complaint is also not available.

However, Lucian Chalfen, the Director of Public Information of the NYC Unified Court System, said a redacted complaint will be made available “shortly”.

Cuomo had come under public fire when a damning report issued by the state Attorney General’s office in August found he had sexually harassed at least 11 current and former staffers, including a state police trooper assigned to his protective detail and women outside of government.

Attorney General Letitia James, herself a Democrat, has said that Cuomo broke state and federal laws with his conduct.

At least five district attorney’s offices in New York state counties have been investigating possible crimes by Cuomo against some of those women.

“Cuomo is being held to account as he should be, including by being forced to answer a criminal charge,” Wang said. “We hope that all men who abuse their power by abusing women will see this and understand that there will be real consequences to their profoundly damaging behaviour.”