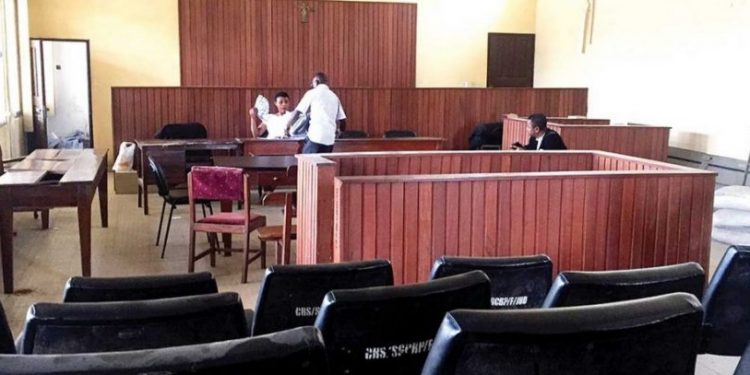 Abdullahi was arraigned on a six-count charge bordering on obtaining money by false pretence to the tune of N429,000.

Count one read of the charge read: “That you, Ishaka Abdullahi on or about the 16 November, 2018 at Sabon Birni Local Government Area of Sokoto State, within the jurisdiction of this honourable court, did obtain the sum of N135,000.00 (One Hundred and Thirty-five Thousand Naira) from Hassi Abdullahi’s account No. 0077129142, domiciled in Union Bank Plc by false pretence, contrary to Section 1 (1)(a) of the Advance Fee Fraud and Other Related Offences Act 2006 and punishable under Section 1(3) same Act.”

He pleaded not guilty to the charge, following which prosecution counsel, S. H. Sa’ad, asked for a trial date and for him to be remanded in prison custody, while defence counsel, Ibrahim Abdullahi, prayed the court to grant the defendant bail on the ground that he was standing trial in the same court on a different charge.

Justice Dogondaji granted the defendant bail on the same conditions that was applied in the earlier charge for which he is facing prosecution in the same court and adjourned the matter till October 12, 2020 for commencement of trial.

Trouble started for Abdullahi following intelligence that established that the nationwide Home Grown School Feeding Programme of the Federal Government for primary school pupils has been hijacked by some fraudulent elements in Sabon Birni Local Government, for which the Commission’s investigations revealed that one Hassi Abdullahi, who was appointed one of the cooks in the programme and had a Union Bank account number 0077129142, died on March 18, 2019, yet funds were still being channeled to her account from the HGSFP account, totaling N429,000.00, which was fraudulently withdrawn.