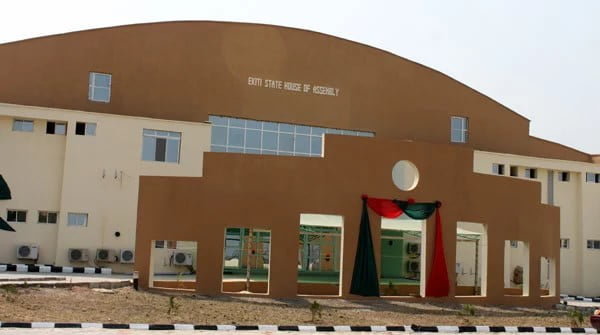 The Ekiti State House of Assembly and the traditional council of obas have affirmed their readiness to partner relevant stakeholders to avert flood disaster in the state.

The Speaker, Ekiti State House of Assembly, Funminiyi Afuye and the Ogoga of Ikere Ekiti, Oba Adejimi Adu, said necessary support would be given to groups and agencies in the state to prevent flooding and its attendant loss of lives and property.

The two leaders spoke on Monday in Ikere Ekiti during a ‘sensitisation campaign on flood preparedness and mitigation tagged, ‘Flood Alert’ organised by Triple G Eco Revival Solution in Ikere-Ekiti.

The event had in attendance officials of NEMA, National Environmental Standards and Regulations Enforcement Agency; and the state Waste Management Agency, among others.

Afuye, who noted that a lot could be done to avert or mitigate flooding, said, “We as a legislative body, will partner groups, agencies and other stakeholders to prevent flood disaster.

“This is a serious project and we must commend Triple G. We want more stakeholders to get involved in various aspects of governance so that we can have a balanced society.

“Everything should not be left for government. Government has been warning against throwing refuse into the canals,” the speaker said.

Also, Oba Adu, who lauded the awareness and advocacy campaigns of the group and other agencies, said that the traditional institution would be a ready partner to redirect the people’s poor waste disposal habits to avert flooding.

The Founder, Triple G, Mrs Oluwaseyi Ebenezer, said the programme was designed to educate people on the issue of environment.

She said that the sensitisation programme was to let the populace know that a major cause of flooding was the indiscriminate and unhealthy disposal of waste and to disabuse their minds from the culture of dumping waste into drains.

Ebenezer canvassed strengthening of the state laws on environment, saying, “We want government to make the laws more effective and enforceable.

“These will make us achieve a more sustainable environment in Ekiti State.

“Ikere as a community was seriously affected by flooding last year, it destroyed property, washed away farmlands, displaced people and affected the economy.

“We don’t want a repeat. The flooding being experienced at present in the North is a red alert.

“Besides, Ikere has been identified as a flood-prone council this year, hence the need for awareness and advocacy here,” she said.

Mr Gbade Ogunjimi, representative of the NESREA State Coordinator, said most cases of flooding were human related, hence the need for the sensitisation.

Mr Olanrewaju Kazeem, the NEMA Deputy Head of Operations, Ekiti Office, in charge of Ekiti, Ondo and Osun states, said the agency was stepping up awareness and had put all the relevant bodies and agencies on alert.

According to him, this was necessitated by the prediction by Nigeria Meteorological Service that parts of Ekiti would be ravaged by flood this year.