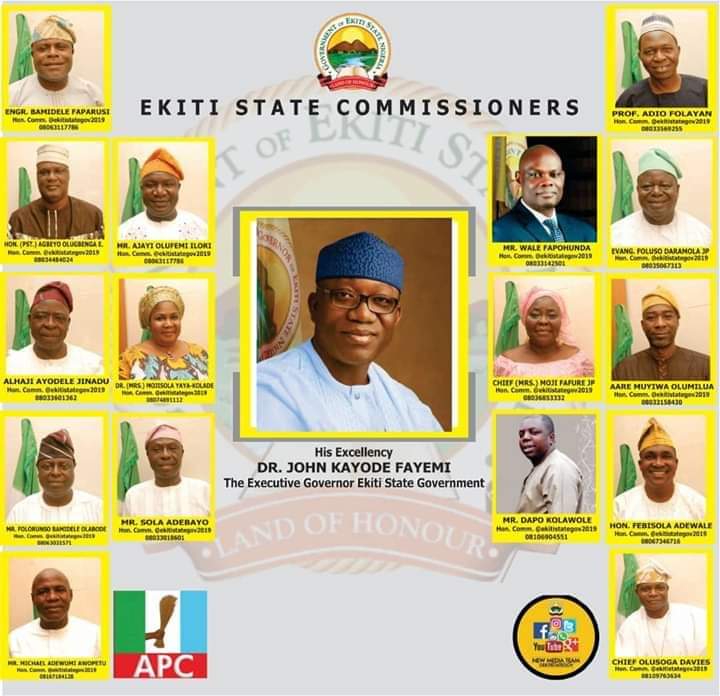 The Ekiti State Commissioner for Local Government and Community
Development, Prof. Adio Folayan has called for the reintroduction of
Public Works Department (PWD), stressing that the department, if
reintroduced in the local government system would not only engage
otherwise idle manual workers in the Local Government System, but also
guarantee a sustainable clearing of road sides.

Prof. Folayan who made the statement in Ado-Ekiti during the Joint
Account and Allocation of Fund Committee meeting for the month of
September, explained that regular clearing of vegetation on the road
verges was part of the efforts of the Governor Kayode Fayemi-led
government to reduce accidents on Ekiti highways and enhance the
security of motorists, commuters and pedestrians.

The Commissioner stressed that elimination of stuffs that may impair
vision along the roads would not only allow drivers and commuters to
see far and avert dangers but also discourage criminals from operating
along the roads.

Earlier, the Permanent Secretary of the Ministry, Mr. Ayoola Owolabi,
tasked the department saddled with clearing of verges across the 16
Local Government Areas of the state to make it a continuous exercise
to prevent unnecessary mishaps.