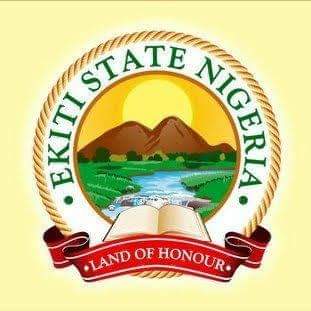 Ekiti State 3rd National Urban Water Sector Reform Project came first
under the category of best performing states on a Project by Project
basis.
This was announced during the Nigeria World Bank Portfolio Performance Awards.
The Country Director of the World Bank Group of Nigeria, Dr. Rasheed
Benmosah, announced this during the Maiden Edition of the Financial
Year 2019 Country Portfolio Performance Review Awards ceremony held in
Abuja.
Dr. Benmosah stated that the World Bank Portfolio is the largest so
far in the Country which covers Education, Health, Agricultural
Development, Infrastructure, Housing, Governance, among others.

The Country Director, who stated that the aim of the project was to
ensure a better life for an average Nigerian and rid the Country of
poverty, commended the brilliant performance level of some states in
some projects and encouraged those who performed below expectation to
brace up so as to achieve the set goals.
He promised that the World Bank team will continue to support states
of the Nation until Nigeria is well developed, stating a slogan that
‘NIGERIA CAN’.
Ekiti State came first in the 3rd National Urban Water Sector Reform
project which was Category 1 on the Project by Project Basis, while
Bauchi State came 2nd (Second).
Again, under the Community Social Development Projects, Ekiti came 3rd.
On the category 6 of overall best 3 performing states across the
Federation, Ekiti was rated the 6th on the Technical Team Leader’s
feedback alongside Osun and Jigawa, where Oyo came first in the
category 4 of the best performing states of the South West Region.
The criteria for the award were based on the following: Effective
Coordination mechanism, thorough assessment, performance rating,
portfolio disbursement, proper feedback mechanism, Teamwork Result
achieved and best portfolio status with result brief.
The Special Adviser to the Governor on Federal Matters, Hon. Makinde
Araoye, who led the Ekiti Delegates to the award ceremony and
represented Governor Kayode Fayemi at the occasion, commended the
efforts of the World Bank for some developmental projects specifically
initiated in Ekiti State and Nigeria in general.
He appreciated the efforts of the World Bank on their various
interventions programmes especially on Education, Girl-Child, Water
and other areas, expressing the governor’s commitment to continue to
partner the World Bank in many other developmental areas.
Earlier, the Permanent Secretary, Federal Ministry of Finance, Dr.
Momohd Isa Dutse, lauded the efforts of the World Bank Team for their
developmental agenda in areas of job creation, Human Capital
Development, Nutrition, Health ,Girl –Child issues, support services
and environmental services; thereby making source of livelihood
comfortable for the people.
Participants at the programme include; World Bank Officials, Federal
Ministry of Finance officials, State Governors and their
representatives as well as State Delegates, among whom are those from
Ekiti State, made up of the Director, Multilateral Relations, Ministry
of Budget and Economic Planning, Mrs. Bukola Ogunlade, Project
Coordinators of all World Bank Assisted Projects in the state and the
Head of Portfolio Financial Management /Unit.
Certificate of participation and first award was issued to Ekiti State
at the occasion.