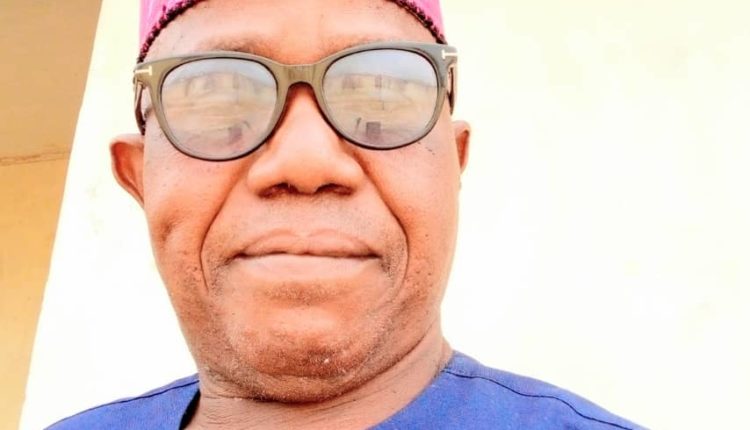 Pioneer Secretary of Alliance for Democracy now All Progressives Congress (APC) in Ekiti state, Chief Biodun Akin-Fasae has cautioned aggrieved members against blowing the current internal crisis in the party out of proportion .

Fasae,who expressed sadness over development also bemoaned the approach of the agitators for allegedly plotting to pull the entire party structure for no just cause.

Speaking with journalists in Ado-Ekiti ,Chief Fasae disclosed that the most disturbing scenario was the ongoing alleged attempt to recruiting innocent members of the party into their selfish agenda.
The APC chieftain disclosed that elders in the party were concerned with events in recent time as regards the party in the last few weeks, assuring that, ” things will change very soon and you will see.”

“Some aggrieved members have taken the fight to the ridiculous level of saying what the opposition could not say against our governor. To me ,that is the highest level of hypocrisy. But sitting down in a corner and trying to be the face of opposition in the party, it won’t be easy” he warned.

“Those who have personal grouse with Fayemi are recruiting innocent members to fight their cause .Right from the onset ,some of them have vowed to cripple Fayemi’s government. So,it is not surprising today, there is rampaging war against Ekiti. They are behaving like Boko Haram fighters.Agreed, nobody ,knows everything. If you are not invited to government now, it does not make the governor a dictator. Ekiti is a small state. In terms of resources, land and population”, Fasae posited.

Fasae who is the Publicity Secretary of Afenifere in the state said all aggrieved members should explore the laid down internal mechanism of the party in resolving their grievances rather than working for the downfall of the APC.

Loading…
“We can still employ the windows of opportunity. We should encourage him not to drive rough in the rough political terrain. We must manage our ego in order to jeopardise.

Fasae explained that leadership of the party was aware of some concerns raised by members but assured them that reconciliation moves have begun for all members to be on the same page ahead of the 2022 governorship election.

Loading…
“The house of this party must not fall , the walls must not be broken. We will not allow any body to desecrate the office of the governor and government the people of Ekiti brings into power.”

“I want to advise our people and aggrieved members to do less of talking in the public and support the government in giving back to the people of the state. We should not allow the platform of the APC to be weakened. Let everyone who is aggrieved approach the leadership of party to resolve all contending issues.”

He stressed the state governor,Dr Fayemi has been fair to all part members since inception in 2018, saying everybody could not be appointed into government.

He urged the governor as the leader of the party to extend hands of fellowship to the aggrieved by calling an elaborate meeting where all grievances will be discussed.

“We must say this that the governor is doing better now compared to the first term. Every aspects of the state is facing development, investors are in the state now, except some people are blind. However, we should encourage him to do better, there is room for improvement that is a fact”, he said.