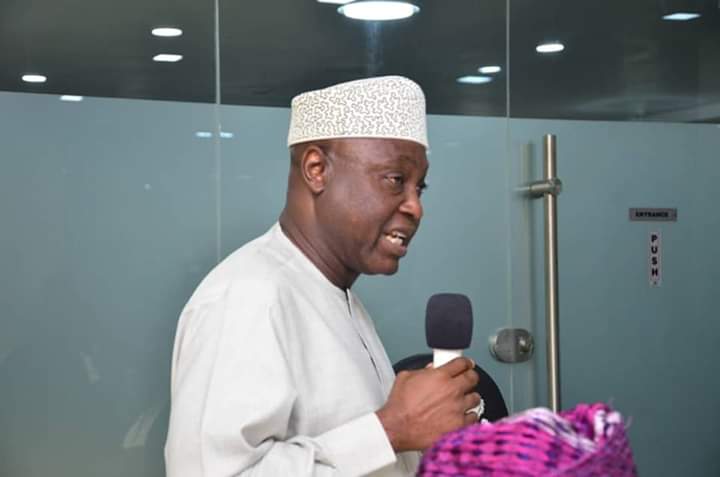 Officials of the National Emergency Management Agency (NEMA), accompanied by the Speaker of Ekiti State House of Assembly, Rt Hon Funminiyi Afuye and other government officials, have paid on the spot assessment visit to flood ravaged communities in Ekiti State.

Some communities in Ekiti State were recently ravaged by flood due to heavy downpour, which led to collapse of bridges, loss of properties and displacement of people in Ikere, Ado, Emure, Ise and several other communities across the State.

Speaker of the State House of Assembly, Rt Hon. Funminiyi Afuye who received the National Emergency Management Agency team at Ikere Ekiti, commended the Agency for its quick response to assessing the level of damages and suffering of the people

Afuye led the team to some affected communities in Ikere Ekiti and Ogbese dam before coming to Ado Ekiti, the State capital, where the Secretary to the State Government, Mr Abiodun Oyebanji, who represented the Governor; and the Chief of Staff, Mr Abiodun Omoleye formally received the NEMA delegation led by it’s Acting DG, Air Commodore Iyamu. He described the growing threat of floods in Ekiti communities as unbearable and therefore solicited quick Federal government intervention.

The Secretary to the State Government, Mr Biodun Oyebanji, reiterated the Commitment of the State government to the provision of immediate assistance through supply of food items, mosquito nets, mattresses and other relief materials for those affected.

He assured that the government was on top of the situation and appreciated the team for their timely visit to Ekiti.

The Leader of the NEMA delegation, Air Commodore Akugbe Iyamu, who expressed the sympathy of the Agency Director General, Engr. Mustapha Maihaje to Ekiti State government and the people, promised that the Agency is ready to provide succour to the affected people and communities.

He said the team was in Ekiti State to assess the situation and identify how NEMA could work with the state government towards providing proper assistance to the affected persons and communities.