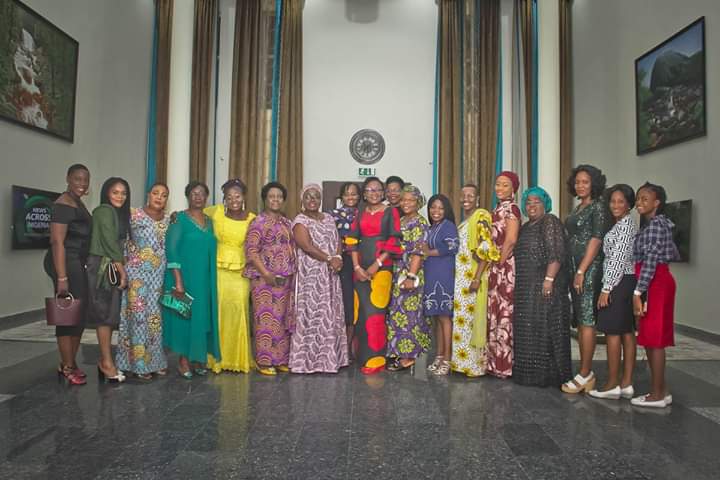 Arrangements have been concluded by the Ekiti State Government to
train female political appointees and spouses of their male
counterparts across the State.

The Commissioner who was represented by the Permanent Secretary in the
Ministry, Dr. (Mrs.) Folakemi Oladimeji also explained that the wife
of the Governor, Erelu Bisi Fayemi would soon embark on the tour of
the sixteen local government areas of the State to empower the women
to boost their various trades and enterprises.

Chief Fafure assured that her Ministry was ready to support and
collaborate accordingly with the House Committee to ensure the
successful execution of all its outlined programmes.

Earlier, the Chairman, House Committee on Women Affairs, Honourable
(Mrs.) Adekemi Balogun who had highlighted some of the Committee’s
objectives in overseeing Women and Children activities in the State
described the Ministry of Women Affairs and Social Development as a
major stakeholder that should be carried along in all the activities
of the Committee.

Mrs. Balogun promised to keep the Ministry abreast of various
programmes lined up by the Committee for execution to ensure the
overall success.

The Commissioner made the pronouncement in her office when members of
the organizations came to settle a dispute between them and their
leader, Evangelist (Mrs.) Funmilayo Agbaje who was accused of
swindling the groups across the sixteen local government areas of the
state to the tune of about fifty million (#50m) naira.

Mrs. Fafure who advised Ekiti Women to think twice before joining any
organization established by an unregistered body warned them to be
weary of associating with illegal money contribution groups and
associations with the hope of getting loans.

The Commissioner who restated that commitment of the Governor Kayode
Fayemi-led administration to the welfare of Ekiti Women, warned Mrs.
Funmilayo Agbaje to stop parading herself as a Woman Leader of any
Group or Organization henceforth or face the wrath of the government
if found culpable.

Responding, Mrs. Funmilayo Agbaje who pleaded for forgiveness promised
to refund the money by the first week of September saying that those
whom she loaned the money would have paid back by then.