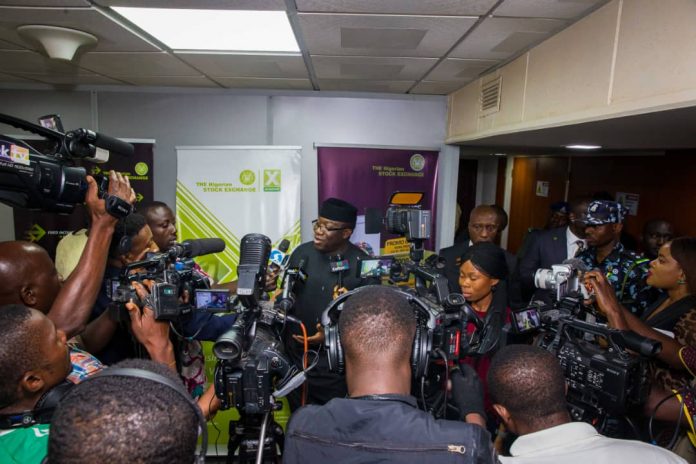 Ekiti Governor, Dr Kayode Fayemi, said his administration would introduce relevant policies and legislations that would help the state emerge top three in the country in ease of doing business.

Fayemi stated this during “Facts Behind the State Economy” on the Nigerian Stock Exchange (NSE) in Lagos.

The governor said the state, which used to be number four before he left office in 2014, later moved to number 32.

He assured investors that his administration was working very hard to bring it back to top three by putting in place relevant policies and legislations to improve ease of doing business.

Fayemi, also the Chairman, Nigerian Governors Forum (NGF), said the state was also committed to creating a conducive environment for investors and businesses.

He said security in the state had improved, stating that government was collaborating with neighbouring states to ensure the state got rid of criminals and bandits to end the menace of kidnapping.

“We have renewed our focus on peace and security, which is the foundation of any economic development; and started investing in developing the infrastructure required to make Ekiti a competitive destination for business.

“We are quite concerned about the increasing spate of violence against ordinary citizens and it is the duty of the government to provide security and welfare of the citizens.

“The steps we have taken since we assumed office is to work in collaboration with neighbouring states because those things just cut across, particularly as it affects kidnapping and banditory to make the highways safe,” he said.

He stated that the government’s social investment programmes needed to be expanded and made more effective to create jobs for the youth.

He added that the government could not create jobs in massive terms without the collaboration of private sector.

“We have also passed the Law establishing the Ekiti State Development and Investment Promotion Agency (EKDIPA).

“Once the agency commences full operations, it will drive our Ease of Doing Business reforms, and provide investors with a one-stop shop to deal with investment related matters,” fayemi said.

He said the state’s focus on agriculture, especially a Special Agric Processing Zone, would not only improve the productivity of farmers, but also provide the infrastructure required for processing activities.

“Already, the market is responding to our approach, and we expect to close a partnership on the currently unutilised Ikun Dairy Farm, with a leading dairy company in Nigeria soon.

“Our belief is that Ekiti is ready for more of such investments, and we are available to answer questions on investment opportunities that exists,” the governor said.

Fayemi said at the appropriate time the state would seek investors for some of its existing assets, as well as several greenfield opportunities.

“This will be complemented by a clear strategy on attracting business, recreational and medical/wellness tourists to Ekiti,” he said.

The governor said the state had a long history of partnership with NSE, noting that the bond raised by the state had been fully repaid.

He said the state would continue to partner with the exchange to grow the economy.

The governor said more companies and individuals should see Ekiti as a destination of choice for investment.

Onyema said the governor was committed to grassroots development, which was positively impacting the lives of the citizens of the state.

“We acknowledge your excellency’s progressive leadership and reform-minded approach in managing the economy of Ekiti.

“Your strategies towards revitalising the agricultural, manufacturing, mining, trade and tourism sectors, which together account for 75 per cent of the state’s gross domestic product (GDP) are also commendable.

“For instance, you have increased the proportion of capital spending in the 2019 budget to 44 per cent from 31 per cent in 2018; and channelled budgetary resources toward pro-growth projects.

“We recognise that to build a sustainable economy for the estimated 3.5 million citizens of Ekiti, supported by vibrant sectors, both state-owned and private sector enterprises will require access to right-sized capital,” onyema. (NAN) 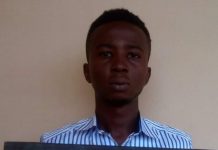 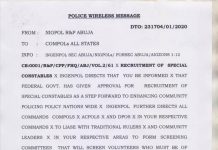 PDP crisis: Atiku’s failure to pick either of the two... 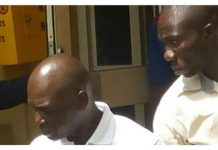 Son of late Oba of Lagos sentenced to death over murder 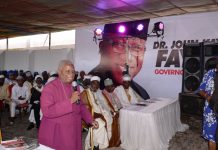 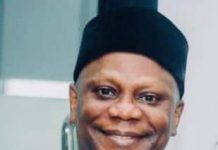 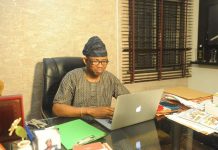