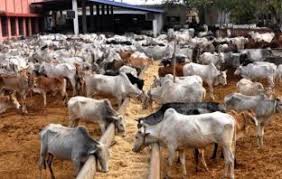 Traditional rulers in Ekiti State under the aegis of Majority Obas of Ekiti Land (MOBEL) have opposed the establishment of ranching proposed by the Federal Government under its National Livestock Programme.

They said the FG’s proposed plan by the state government to acquire land for herdermen grazing activities is ‘crystal imperialist agenda’ with potentials to cause serious security challenges for the host communities.

The monarchs, in a letter dated March 25 2021 and addressed to Governor Kayode Fayemi expressed their opposition to Ekiti State’s decision to adopt the project following preponderance of complaints from subjects both home and abroad.

The letter was signed by the Chairman of the Majority Obas in Ekiti land, Olomuoke of Omuooke-Ekiti, Oba Vincent Otitoju; the Secretary, Onikun of Ikun Amure-Ekiti, Oba Olatunde Olusola and other 79 monarchs.

The traditional rulers cautioned Governor Fayemi against imposing any obnoxious policy on the people, saying ceding lands to herders whose criminal activities have created panic in the state would offend the sensibilities of the people who had been victims of their heinous atrocities.

They vowed not to cede any portion of land in their domains for the proposed grazing reserves, “we are mindful of the security implications and consequences which will be inimical to the security of our people.”