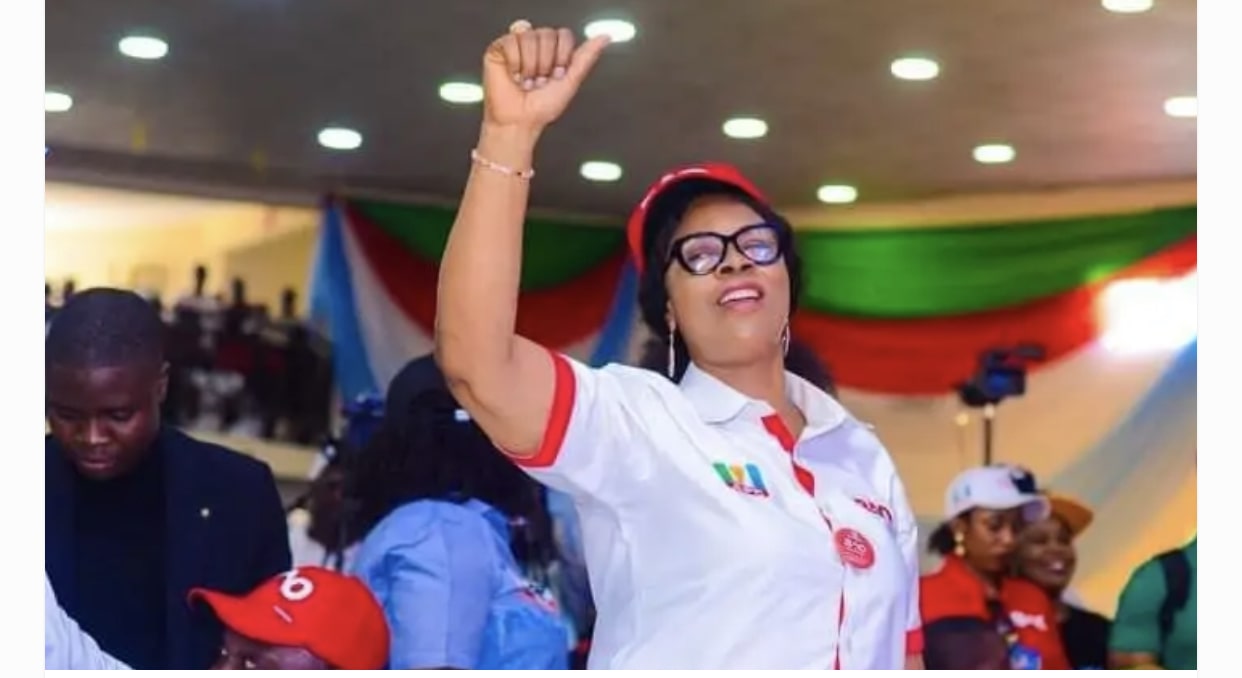 The wife of Ekiti APC gubernatorial candidate, Dr(Mrs) Olayemi Olajumoke Oyebanji has reached out to some market women in Ado-Ekiti.

The APC guber candidate’s wife who was represented by notable party leaders from Ado APC ward 11 distributed customized sachets of 2kg rice and salt to some market women and men at Irona this evening.

The market men and women in their joyous mood trooped out to welcome the representatives of the guber candidate’s wife who described her as their daughter.

The APC leaders on behalf of Dr(Mrs) Olayemi Oyebanji solicited for the support of the market men and women ahead of the upcoming governorship election in Ekiti state.

They urged them to come out in their large numbers to cast their votes for Mr Biodun Abayomi Oyebanji come June 18.

They were assured that they would be well taken care off through the implementation of life changing programmes.

The market men and women assured the party leaders of their total support and vote come June 18.

They described Mr Biodun Abayomi Oyebanji and his wife as better choice for Ekiti. They also promised to mobilize for the victory of the APC governorship candidate come June 18.

Also a notable decampee and mobilizer, Mr Jimoh Rasheed Kolawole was part of the team.