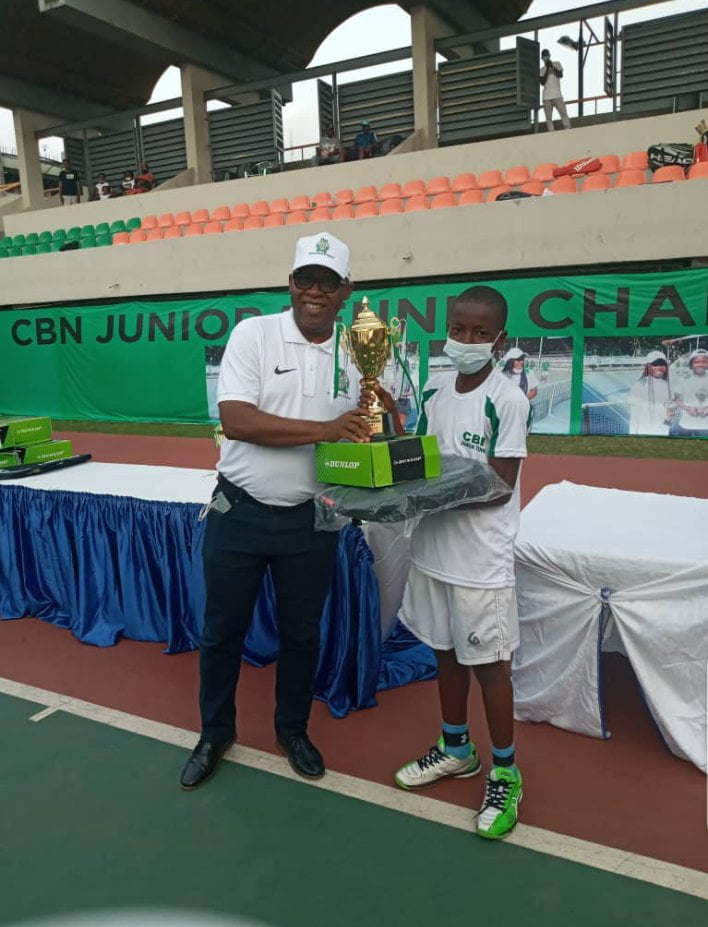 Seun also emerged as the new under 16 boys champions,while he was also named the most outstanding player of the Championship.
His sibling,Seyi lost in the final of the boys under-12.