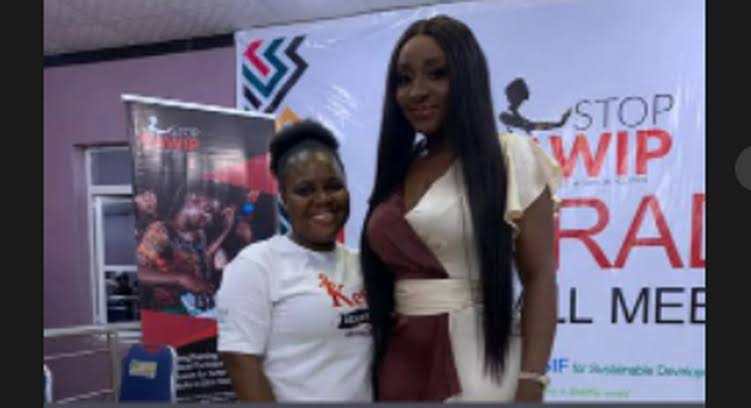 Popular Nollywood actress, Iniobong Edo, has called on government and relevant authorities to guide against all forms of discrimination and violence against women in politics.

Ini Edo made the call in a Radio Town Hall Meeting held in Ado-Ekiti on Friday as part of her activities to preach the gospel of non-Violence Against Women in Politics (VAWIP).

She expressed worries that most women had been discouraged from vying for elective offices as a result of gender-based violence.

She identified gender-based violence such as bullying, coercion, unhealthy notions against women, violence during elections, as some of the factors that discouraged women in politics.

The meeting was initiated by the Balm in Gilead Foundation, (BIGIF) an NGO for sustainable development, supported by the United States of America’s National Democratic Institute

It was funded by USAID and the Foreign Commonwealth and Development Office of the UK.

In her address, Ini Edo urged women to take advantage of their population to vie for leadership positions and make a difference anytime they had an opportunity to serve.

Earlier, a guest discussant Prof. Christopher Oluwadare and a gender activist, Mrs Rita Ilevbare, charged women not to be docile, but to always pursue whatever they believed in.

The Chief Executive Officer of Women Development Initiative (NIGAWD), an NGO, Mrs Abimbola Aladejare-Salako, said women deserved to be given preferences and protected against societal ills.

She said NIGAWD partnered with Ekiti State in the “Vote Not Fight’’ campaign of 2014.

Aladejare-Salako said the NGO was also partnering with the Southwest geo-political zone in the campaigns for the 2022 Ekiti and Osun governorship races and the 2023 general elections.

The convener of the programme and Executive Director of BIGIF, Mrs Tumininu Adedeji, said the programme was organised to reawaken the consciousness of women on gender equality and attainment of life goals.

She said it was also to establish a link between gender-based electoral violence and the low level of participation by women in politics.

“BIGIF has selected 80 local mobilisers and three Senatorial district supervisors across the 16 local government areas of Ekiti and the National Orientation Agency to conduct voters sensitisation and raise awareness on VAWIP.

“We also encourage women and youth participation in elections and give support to victims of gender-based electoral violence,’’ she said.

It was reported that that the meeting recommended the need for Ekiti men to support more women in politics while political parties should review their policies to be gender-sensitive.

“Political parties should set up structures to mentor young women into politics and groom them politically while the females should visit INEC offices to obtain their PVCs,’’ it recommended.

The meeting also resolved that political parties should organise peaceful electioneering campaigns before, during, and after the 2022 Ekiti off-cycle governorship election and the 2023 general elections.