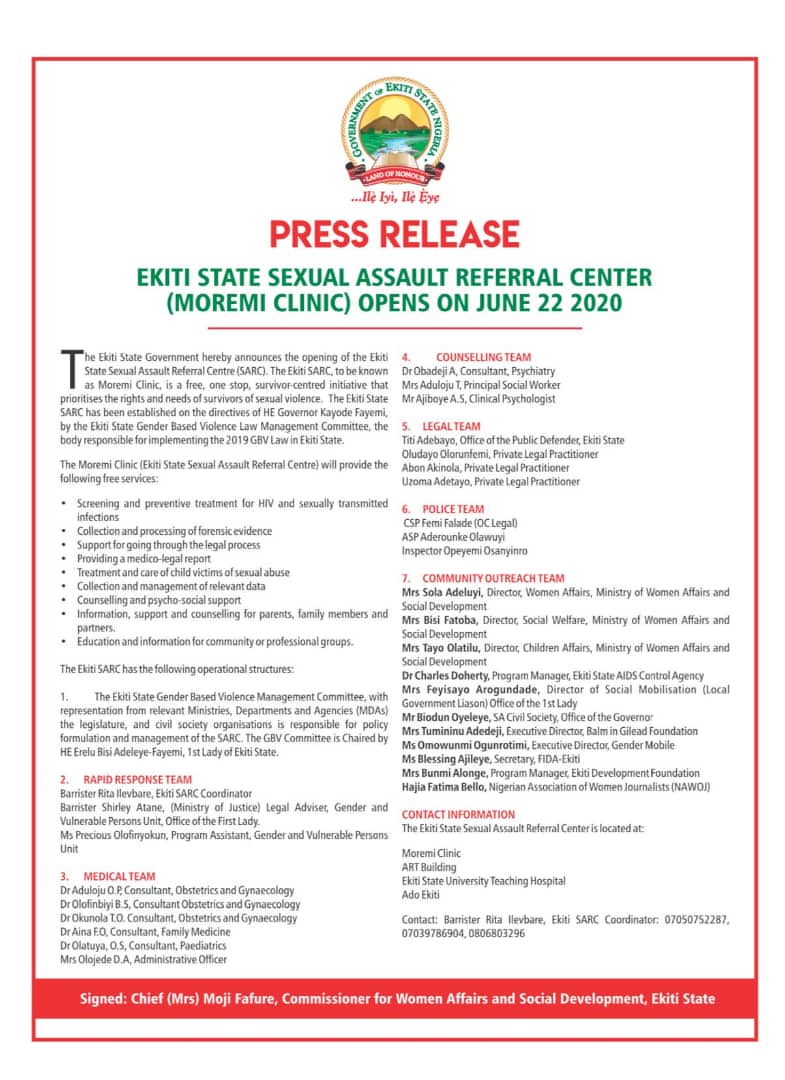 The wife of Ekiti state Governor, Erelu ‘Bisi Fayemi has stated that,
the Fayemi led government would continue to support the interest of
Ekiti people, particularly the less -privileged in the society.
Erelu Fayemi disclosed this during the flag-off of Ekiti Sexual
Assault Referral Centre (ESARC) at the Ekiti State University Teaching
Hospital (EKSUTH), in Ado Ekiti.
The Ekiti first lady, who noted that the establishment of the Centre
was crucial and important for the survival of victims of Gender Based
Violence (GBV) added that the more reason why Governor Kayode Fayemi
declared “a State of Emergency ” on the issue of sexual assault in the
state.
The wife of the Governor, thanked the Chief Medical Director (CMD) of
Ekiti State University Teaching Hospital (EKSUTH), Professor Kayode
Olabanji for his support and collaboration on the establishment of the
centre.
She said the centre would serve as where emergency cases would be
treated and victims could seek legal aid, stressing that it is
compulsory for a responsive and responsible government to establish
one.

Pls click for comprehensive information regards operations of the centre