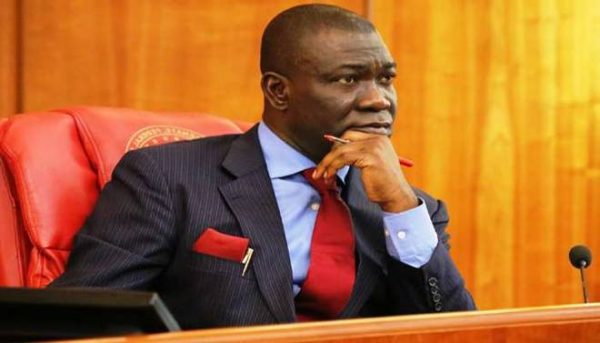 May ‘ina omo’ not scald any of us is a famous Yoruba prayer. The Yoruba by that prayer acknowledge the extreme dilemma presented by a life and death situation involving a child such as the Ekweremadus might have been experiencing upon their child’s health diagnosis. Our prayers should be with them and for the heavens to help resolve this matter to God’s glory and the healing of the child.

That said, it is important to use this unfortunate circumstance as a teachable moment for Nigerians on the strict rules of the United Kingdom on organ transplants. Many Nigerians have rushed to share a letter purportedly written by Ike Ekweremadu to the UK Embassy to facilitate the travel of an organ donor for his child. The letter was written on the official letterhead of Ekweremadu as a Senator of the Federal Republic of Nigeria. Those sharing the letter hold the view that the letter is a full-disclosure instrument that ought to exonerate the Senator.

Well, that is purely using the Nigerian mind to explain British rules. More than any other factor, this particular letter may have been the original trigger that raised the initial red flags about the charge of organ harvesting against the Ekweremadus. The immediate likely reaction of the British authority upon receipt of that letter was to flag it and place the Ekweremadus on covert surveillance. The hospital and its key officials would also come under covert investigation by the British police. The visa would be granted in the hope that the suspects’ presence on British soil would eliminate any scintilla of doubt on legal jurisdiction as well as offer an opportunity to save the potential victim.

The effective UK law on organ transplant is the Human Organ Transplant Act (HOTA) which was enacted by the British parliament in 1989 and came into force, with regulations, on 1 April 1990. Choudhry et al (2003) provide clear insight into that law. It has two key components. First, it creates a series of circumstantial criminal offences, the combined effect of which is to prohibit commercial dealings in human organs, whether procured from cadavers (dead human remains) or live donors. Thus HOTA makes it an offence for an individual in the United Kingdom to make or receive payments for the supply of or for an offer to supply an organ for transplant into another person, whether in the United Kingdom or elsewhere in the world. The law also attaches criminal consequences for participating in the chain of distribution of human organs under pay-to-play circumstances.

It should be stated that some Nigerians have insinuated that an offence could only have been committed if the donor was considered a child or a minor in which case he or she would not have been able to give consent. They are correct that people under 18 (16 in Scotland) cannot legally give their informed consent proving that they agree to a medical procedure under British laws but they are wrong that this is the only ground for an offence on illegal organ transplant under British laws.

It is indeed instructive to mention that the UK HOTA law itself came into being as a result of the exploitation of Turkish youths regardless of their legal age by wealthy and highly-placed individuals who coerced them to ‘donate’ their organs in an illegal organ harvesting and organ sales epidemic that gripped the UK in the 80s. This is why in the HOTA law for example; it is an offence to act as a broker who negotiates the sale of an organ among other serious infractions. The European Union Report on Trafficking in Human Organs (2015) produced by the Policy Department, Directorate-General for External Policies states that “the commercial trade in human organs, including trafficking in persons for organ removal, has developed into a global problem”.

Also, HOTA focuses on live organ donations and generally makes it an offence either to remove an organ from a living donor or to transplant an organ from a living donor into another person unless the recipient and donor are genetically related. The Act provides a list of persons to whom an individual is deemed to be genetically related. This includes biological parents, children, siblings (including half-siblings), nephews, and nieces.

HOTA however authorizes the UK Secretary of State to create an exception to the ban on unrelated live organ donation through regulations. Such an exception is created by the Unrelated Live Transplant Regulatory Authority (ULTRA) which lifts the prohibition against unrelated living donation under certain conditions. The most important of such conditions are that (a) no payment has been or will be made, and (b) the donor’s consent was not obtained by coercion or the offer of an inducement. The regulation also empowers ULTRA with the task of ensuring that these conditions have been complied with in each case of unrelated live organ donation. If ULTRA is not satisfied that these conditions have been met, the donation cannot take place.

The implication of this is that organ donation in the UK typically operates on a level playing ground regardless of the status (economic, position, etc) of the individual. While this does not eliminate the right of persons who specifically aim to donate organs to specific individuals, the UK authority must be certain that those persons have not been coerced, forced, or induced with money or other benefits or material promises or physical and psychological threats, etc under any circumstance.

This is why it would be a culture shock and an alarm bell if any UK official, especially a British High Commissioner were to receive a letter on the official letterhead of a UK cabinet minister or parliamentarian to the effect that the person was sponsoring an organ donor’s visa application. If such a letter could raise a red flag coming from a British official, it would trigger a tsunami-grade alarm coming from a Senator in Nigeria – a country with a notorious international reputation for ritual killings with missing body parts, an unprecedented records of black market human organ trade, and an epidemic of unresolved murders and missing persons.

What can save the Ekweremadus currently is if there is no evidence that the donor or his family were compensated in any form. If it is established that money was not involved and that the person concerned is of legal age and sound mind and had simply opted to donate his organ to save a life, then the Ekweremadu may even get an apology from the British authority.

How My Journey To UK For Job Turned Into #OrganHarvesting – #Ekweremadu ‘Kidney Donor’
Citizens must get guns to defend themselves against bandits, police to licence- Ibrahim Magaji Dosara, Hon Comm for Information
Zamfara State. @PoliceNG @Princemoye1 #NigeriaNews