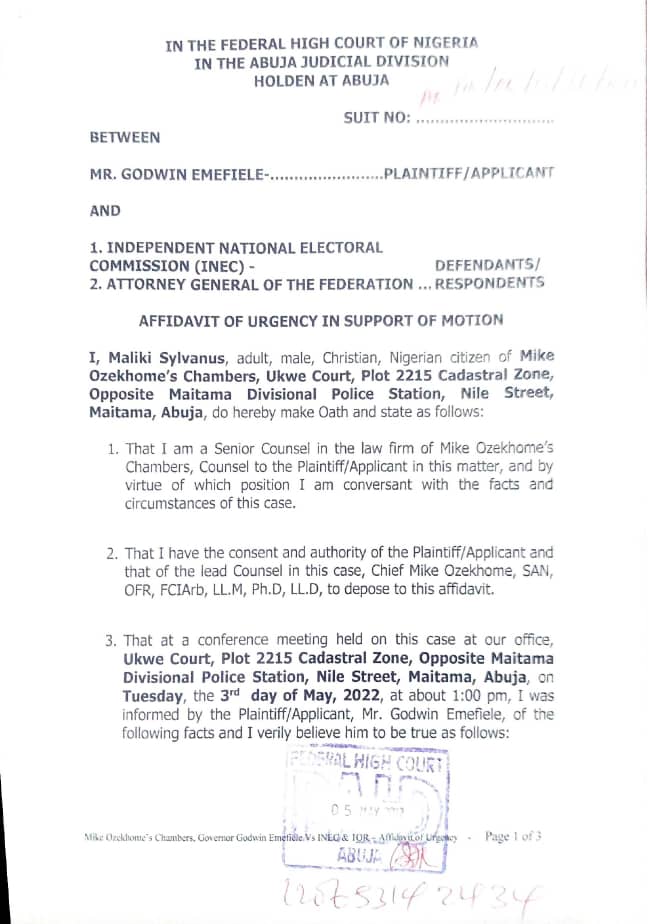 The governor of the Central Bank of Nigeria (CBN), Mr Godwin Emefiele has gone to court seeking to contest the presidency without resigning from his position as CBN governor.

Defendants in the suit filed at the Federal High Court Abuja are the Independent National Electoral Commission, (INEC), Attorney General of the Federation (AGF) and three others before a Federal.

In his suit marked, FHC/ABJ/CS/610/2022 filed on his behalf by a Constitutional lawyer, Chief Mike Ozekhome, (SAN,) has been fixed for hearing today, by 12 noon

Judge, Justice Ahmed Mohammed, who is handling the suit fixed 12 noontimes to hear the along with two other matters, Tribune reports.

As of the time of filing this report, Emefiele’s supporters are already in court, in large numbers to witness the proceedings.