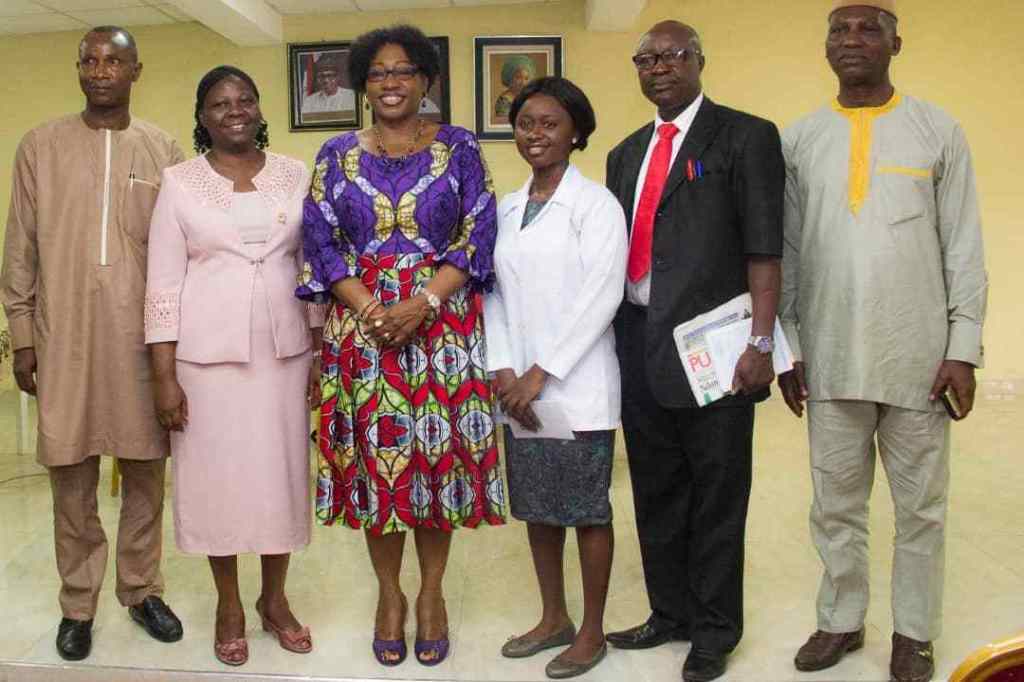 ERELU FAYEMI, A WOMAN OF UNCOMMON SUBSTANCE And EXCELLENT CHARACTER
Poverty will forever remain with human beings. It is a problem that iseverywhere. It is indeed a problem that would need all hands to tacklein the society.In some countries of the world, poverty is more severe than in others,but honestly speaking, there are always some people who have to livebelow the poverty line.

This is sure and certain. This is how God hasmade the world full of vicissitudes and mysteries.There exist two major types of poverty – Absolute and Relativepoverty. While economists describe former as a situation whereindividuals have no access to basic requirements of life such as food,shelter and clothing, but in contrast, they speak of the latter aswhen people are unable to take part in what is considered a normal,acceptable standard of living in a decent society.Government is expected to play an important role in fighting thepoverty. Government, to say the least should try to help those most inneed. It is an ascertainable fact that poverty is a problem everywhereand governments at all levels have to play important role in the fightagainst it. Particularly in Nigeria when there is a gulf between thehaves and the haves not.The disturbing rate of poverty in addition to the undesirablecircumstances surrounding many individuals, particularly the orphansand those suffering from one form of poverty or the other call forpassionate concern by relevant government’s authorities, corporateorganizations and well-to-do individuals.It is disheartening to note that in our society today, issuesbordering on the less privileged are often times treated lightly.Unfortunately, people are only interested in what they would be ableto gain or benefit from without considering what they should give backto the society.While impacting positively on the welfare of the less-privileged, theorphans and perhaps, the elderly requires a great deal of sincerity,love and care, and most importantly, fear of God as well as  to a verylarge extent, patient on the part of the individuals behind theinitiative.Interestingly, some individuals in the society are so advantageouslypositioned to turn around the fortunes of the needy in the society.Such individuals are capable of rendering certain free services,particularly in the area of education, financial assistance, andmedical services for different categories of the needy to give them asense of belonging.Taking care of the under-privileged in the society could be carriedout through various approaches. It is either through financial aid,provision of free health care services, free education, and several ofthem in that class.In Ekiti state, for instance, there exists a God-sent personality whois so occupied and determined to see to the welfare of the  people ofthe state, particularly the down-trodden. Erelu Fayemi, an enigma; anindefatigable character; a woman of uncommon substance; a focused;proactive; ebullient; and a good ambassador of the state remain awoman of no mean person. She is the wife of the executive Governor ofEkiti State, Dr. Kayode Fayemi. This woman is an epitome of empathy.As if she was not done with this electoral victory and several othersshe had contributed in making in the state, Fayemi shifted attentionto the indigents, the less-privileged in the society with the aim ofbailing them out of their pitiful situations.Few days ago, as her custom is, Mrs. Fayemi once again displayed herhumanitarian gesture to a particular member of a very important familyin the State, Ologunde family of Efon-Alaaye in Efon Local Governmentarea of the state.She awarded full scholarship to Miss Olaitan Ologunde, a daughter ofthe composer of the Ekiti Anthem, late Pa. Ologunde who died two yearsago. The scholarship, according to her would enable the 500-levelMedical student of the State’s College of Medicine complete herstudies.Consequent upon the information that reached Her Excellency that theyoung girl was about to drop out school because of her inability topay her school fees which is as a result of the death of her father,Mrs. Fayemi took it upon herself to wade into the unfortunatesituation of the young girl and presented her cheques covering thegirl’s full scholarship and personal upkeep. This gesture, no doubt isquite laudable, emulative and exemplary. This gesture is highlycommendable and we wish other privileged members of the society toemulate her.

Text of the Keynote Address by The Chief of Staff to the Governor, Ekiti State, Nigeria Hon. Biodun OMOLEYE
Iyalode Humuani Alaga. Pioneered first all female girls’ school in Ibadan