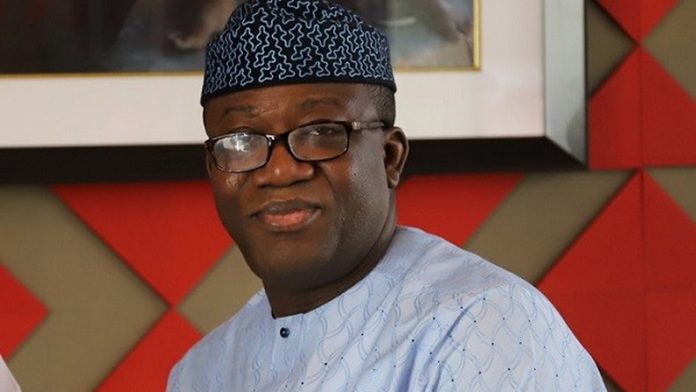 Pretty worn out cliche, the often stated about not judging a book by its cover. In the same way, it is prudent to dig deeper than the headline. Ekiti State’s often understated governor, Dr. Kayode  Fayemi, stole a march on the World Teachers’ Day on Saturday by using the venue as the medium to announce the commencement of the payment of the new N30,000 a month minimum wage. Although regarded from the days of the resistance to the Abacha military junta as a progressive, the announcement was still a shot across the bow. Not in the least because the reality of office, the suffocating embrace of hard cold reality is supposed to cool the ardour of the progressive – intellectual – in politics.

Fayemi has clearly broken the mould and appears to be reinventing the template. He had all the get out cards. The dysfunction of a misaligned quasi – Federalism is pronounced in Ekiti, a non oil producing state with a narrow revenue base. The unambiguously stated declaration to pay the new wage is as audacious as it is risky. Obviously without pressure the intellectual in residence has decided to bite the bullet. There is a clear economic direction behind this risk taking. For a start, very astutely for a man not normally associated with political nous, he has warded off the naysayers. Fayemi has wrong footed politically motivated “pro minimum wage” agitators with an agenda different from the promotion of workers rights. Savvy really.

Overall, the economic trajectory underpinning the policy is straight out of the progressive, social democratic playbook. As the premier of the Western Region of Nigeria, Chief Obafemi Awolowo blazed the trail right across West Africa by promulgating a minimum wage for the region. The position of both Awolowo and Fayemi is clearly based on the importance of purchasing power as a reflationary thrust for development. By increasing purchasing power a multiplier effect is triggered off elevating living standards across the state. For instance, the peasant farmers stand to gain from an increase in spending power, ditto for those in the distributive and ancillary trades. Here the emphasis is placed on overall well – being, on the inducement of sustainable development as opposed to the mantra straight out of an earlier era, “Growth without development “.

Increased spending power also fits into Fayemi’s earlier position to lay the foundations for the construction in Ekiti State of an economy based on knowledge. Increasing the minimum wage is interwoven with this important, indeed defining policy thrust. For alarmingly,  Nigeria has built a low skilled, low wages economy. This political economy has been of immense benefits for populists and indeed crypto – demagogues across the board. Fayemi himself suffered electoral shellacking in the hands of crowd pleasing populism. In view of this, he is clearly a brave man. The problem with a low skills, low wages economy, is that it is uncompetitive. This is a fundamental lesson that Nigeria ‘s political establishment must learn from Fayemi’s brave translation of progressive into praxis into the practical. Nigeria itself is at a critical juncture, to paraphrase the Italian philosopher Antonio Gramsci who reached his apogee in the 1920’s ” The old order is fading away and a new one is struggling to be born, in the interregnum all manner of morbid symptoms are revealing themselves “.

The sole purpose of the progressive in politics to go back to Gramsci, is to shift the ethos of politics in favour of a project based on the attainment of social justice. This, in my observation, is what Fayemi is attempting to do, and this is precisely what our contemporary politics has dismally failed to achieve. For example, a higher minimum wage is helpful in bringing in more people into the contributory national health insurance cover. This is very  vital as we strive to meet the Sustainable Development Goals (SDGs). By helping to define the territory of the discourse, people like Fayemi are formulating a new agenda, that government should be of benefits to the overwhelming majority and their families and not just the purview of a cloistered, pampered elite. For this reinstatement of the progressive position, we ought to be grateful.

Coronavirus: 28 named persons quarantined in Ogun as a result of... 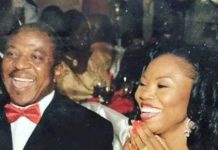 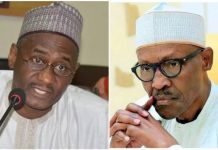 President Muhammadu Buhari has sacked the Executive Secretary of the National... 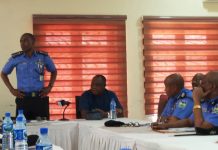