The Ekiti State Commissioner for Local Government and Community Development, Prof. Adio Folayan has described Governor Kayode Fayemi as a man of his words.

According to the commissioner, since Governor Fayemi’s assumed office for his second tenure, he has been working round the clock to abate poverty in the state through his people oriented projects.

He advised the Imo State Community Social Development Agency Project team to key-in to the agenda of their state’s government for the success of their Agency.

Earlier, the Permanent Secretary of the Ministry of Local Government and Community Development, Mr. Ayoola Owolabi charged EKCIDA to be relentless on their effort and continue to pray for Ekiti and for the successful tenure of Governor Fayemi’s administration.

In his own remark, the General Manager of the Ekiti State Community Development Agency (EKCIDA), Engr. Steve Bamisaye had earlier thanked the State Governor, Dr. Kayode Fayemi his absolute commitment and support for the project in the state which has made EKCIDA a point of reference to all other states where Community Social Development project is operation.

Engr. Steve Bamisaye said EKCIDA has been rated best performing state in all the World Bank benefiting states in the country.

Engr. Oke promised to make use of the knowledge gained during the visit.

2019: Atiku Campaigner shamed by UBA Managt… @HenryShield needs to be... 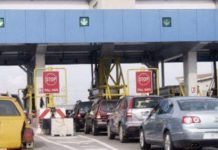 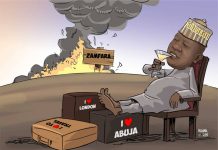 Bloody gold in Zamfara: Threat to stability or development opportunity? By... 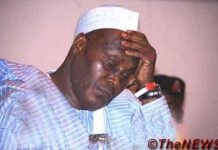 Fayemi, others for ARCON’s colloquium. By Afolabi Sotunde