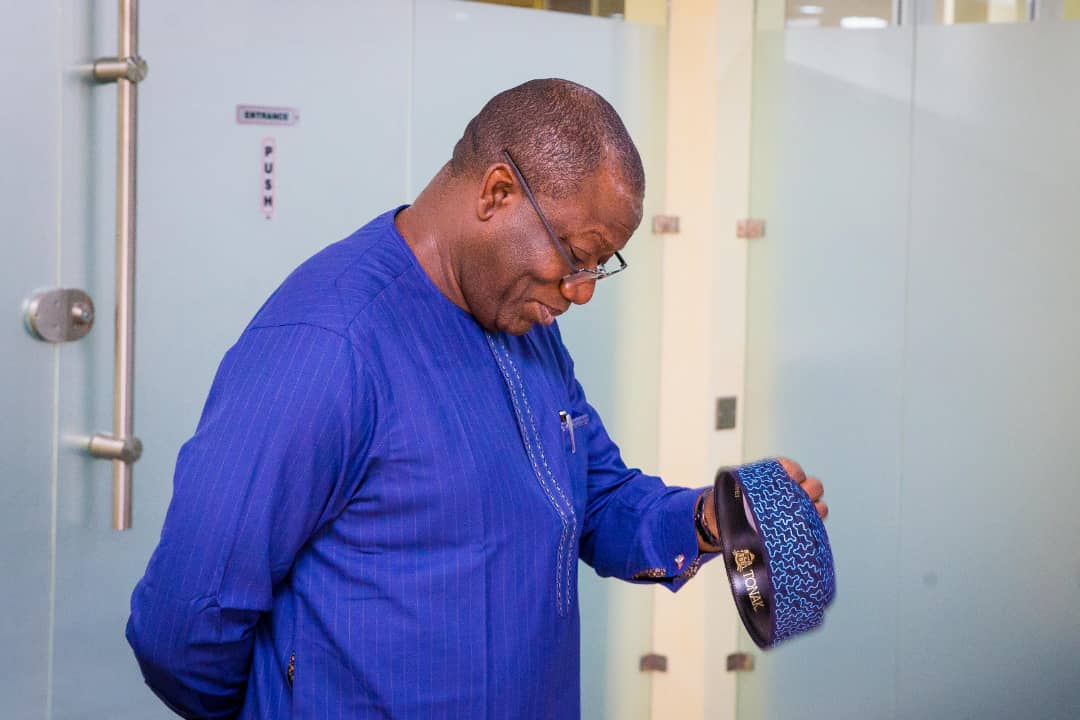 The Governor of Ekiti State, Dr. Kayode Fayemi, has urged Southwest leaders to to jettison party politics in the interest of the region for the sustainable development.

Fayemi said the region can only regain its pride of place in the country’s political configuration unless leaders never allow national politics to divide them.

He stated that all efforts must be geared by the leaders irrespective of political affinity towards the development of South West region.

He added that for desirous interest of Yoruba to be promoted and protected, there must be unity of purpose and togetherness.

Fayemi who spoke in Ado Ekiti on Saturday at a national retreat held by Afenifere Renewal Group (ARG), disclosed that the All Progressives Congress governors in the southwest will work with the governor elect in Oyo State, Mr. Seyi Makinde in the interest of the region.

The governor, however, said Yoruba race needs to be more tactical if desirous to actualise its advocacy issue of restructuring .

He urged the proponents of the policy in the region to change strategy and reach out to other regions on how to actualise the dream of Nigeria being restructured economically and politically.

On the deeply entrenched voter apathy in the southwest region, the last election, 16.2 million registered in the southwest, but said the outcome in all the states were shocking.

“There are those who entertained fear on this issue of restructuring and whether this is legitimate or not, we must reach out to them, because we are not an island onto ourselves.

“We don’t need to be shouting on the roof top before we get it, but if we want to do it alone, the agitation will fall”, he warned.

“This might be caused by deficit of trust or fraudulent multiple registration, but whatever the case was, as long as we remain a constituent part of this country, ARG should reflect on this and act appropriately.

“If it was as a result of deficit of voter education, then the ARG and governments need a lot to do. Religion also affected us, because some people were brainwashed to vote based on religious considerations”.

The governors of Ondo, Rotimi Akeredolu and Osun, Gboyega Oyetola, said all the distinguishable traits of the southwest region initiated during the old western region must he brought back in the interest of the zone.

Governors of Osun State, Mr. Gboyega Oyetola, said what could be regarded as distinguishable attributes of the Yoruba people is quest for development and good governance and that these should be sustained in the interest of the people.

The Osun governor, Oyetola, represented by his chief of staff, Dr. Charles Akinola said: ” the Yorubaness in us and those things that separated us from others are our developmental drives, our intellectual rigour, our brilliance, circumspection and those values however, have not really taken us to where we deserve”.

Oyetola also appealed to the southwest governments to leverage on its human capital in the diaspora and bring them home for the benefit of all.

“We have to be really worried that the instability and insecurity in the sahel has started affecting us and we need to get worried.

” We knew we had to think outside the box in the southwest on how to bring our own paradigm and we thought of Development Agenda for Western Nigeria (DAWN) to work on how to put us back on the right track.

Akeredolu said the act of using desperation to get into power is becoming high in the region, saying this has made it difficult for people to have control over their leaders.

The National Chairman of the group, Hon Wale Oshun, reiterated the issue of restructuring and advised that it should be taken back to the front burner to benefit the Yoruba race.

Oshun said in spite of different decisions taken by the southwest in the last elections that the values of whim he Yoruba people are remain the same.

“The Yoruba people are progressive people. We are lovely and we care for each other . We are welfarists and we remain the same despite out stand in the just concluded governorship and legislative elections.

” All we want as a people is to ensure that our interests at the national level are protected and that we get a fair deal in the scheme of things”.

Oshun, however, expressed fear that Yoruba language is fast going into extinction due to paradigm shift caused by globalisation and laxity on the part of some parents.

” This is one issue our governments and traditional rulers must correct and prevent from happening. That was why we started the Yoruba academy and we have been working on this with some States’.

The group’s leader also advocated true federalism urging political leaders in the region to take a firm stand to protect the rights of the Yoruba race.

“Our leaders who know that restructuring is an issue that is germane to speak up the way the ACF used to speak on some national issues”.