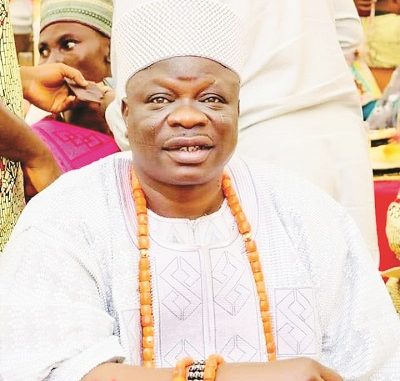 Asset Management Company of Nigeria (AMCON) is set to take over properties belonging to Gbadamosi Muftau, the Olofa of Offa, following his inability to repay a debt of over N12 billion.The monarch who rules over Offa Kingdom in Kwara State is owing the sum of N12,410,560,226.18, a loan facility obtained from the defunct Oceanic Bank, and one of his choice properties Zarm Stores Limited will also be seized by the corporation.In 2019, the Vice President, Prof. Yemi Osinbajo worried that debtors owed the Nigerian government monies to the tune of N5 trillion, directed AMCON to ensure that everything within their power is done to recover these debts.In response to this, AMCON released a list of the top 105 debtors in the country, of which popular Anambra Senator, Ifeanyi Ubah topped. Other names on the list were late Sen. Buruji Kashamu and Mr. Baba-Ahmed.AMCON had dragged the Olofa of Offa and his two companies, Zarm Poultry and Feed Mills Limited and Zarm Stores Limited to a Federal High Court in Lagos in January 2018, in a bid to recover this debt.In a statement of claim filed before the court by a Lagos lawyer, Osayaba Osagie, it was alleged that pursuant to its enabling act, AMCON sometime in 2012 purchased certain Eligible Bank Assets of the former Oceanic bank in the sum of N1,859,654,737.00 and N4,586,369,001.47 respectively.As of April 8, 2017, Zarm Poultry and Feeds Mills was indebted to AMCON to the tune of N3,027,486,610.59 being the unpaid principal and interest on a term loan facility of N2.3 billion that was given to the company sometime in 2006 by the former Oceanic Bank to finance Capital expenditure on its farm at Odonla, Ikorodu, Lagos.The term loan was secured by the execution of a deed debenture over fixed and floating assets of the company which included the execution of a deed legal mortgage over Plots 407 and 408, Odonla Industrial Estate, Opposite LSDPC Housing Estate Odonla, Ikorodu Lagos.It was also reported that as of April 8, 2017, Zarm Store Limited was also alleged to be indebted to AMCON to the tune of N8,253,512,349.19 being the unpaid principal and interests on a restructured term loan facility of N3,055,764,554.71 granted to Zarm Stores Limited sometime in 2009.The loan was subsequently further restructured to N4,462,589,667.33 to accommodate the debts arising from unpaid facilities granted Zarm Stores Limited’s other affiliates besides the one of Zarm Poultry and Feeds Mills Limited.The further restructured term loan was secured by a legal mortgage over a piece of land measuring 818.058 square meters being Block 1B Osborne Phase 1, Lagos and the personal guaranteed of Oba Mufutau Gbadamosi who is the Chief Executive Officer and also the majority subscriber to the shares of the two companies.It was further alleged that the defendants never made any payments since the debts were assigned to AMCON in spite of several discussions and negotiations between the parties.