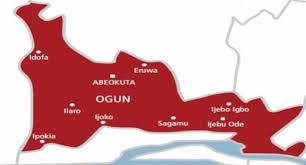 The Ogun State House of Assembly is enmeshed in a fresh crisis as former deputy speaker, Dare Kadiri, alleged that his signature was forged to withdraw the sum of N50 million from the assembly’s bank account.

In March, the assembly impeached Kadiri for allegedly demanding accountability and transparency in the finances of the assembly.

Shortly after his removal, the Economic and Financial Crimes Commission (EFCC) launched an investigation into the assembly’s finances following a petition allegedly written by the former deputy speaker.

In what appeared to be a fresh twist, Kadiri yesterday alleged that his signature was forged to obtain about N50 million from the assembly’s account.

In an interview with newsmen, he said the speaker should explain how his signature was forged to withdraw the money.

According to him, the documents sighted by him when he was invited to the Lagos office of the EFCC on Monday showed that his signature was forged to withdraw millions of naira for foreign training and seminars he did not attend.

He said: “I know the EFCC is investigating the House. I was impeached because I was asking questions, and I felt the speaker was not open about the accountability of the House.

“When I was the deputy speaker, I didn’t know all about the finances of the House. The amount the executive was giving us; I don’t know about our running cost. The speaker removed me from all committees in the House. I don’t belong to any committee anymore. Yet, I didn’t talk,” he said.

“They claimed that I collected money like N2 million, N400,000, N3 million, N4 million, N1 million at different times in the last two years. They said I went for foreign training, I went for seminars, slept in hotels. Which foreign training? Since I came, I have never been to any training or seminar and I didn’t sign any document.

“The money they said I signed was an average of N50 million. It can’t be less than that for my own alone.

“At the EFCC, I saw other members’ signatures. But, I can only speak for myself. I saw all the signatures but I can’t say if theirs are forged or not. I won’t say that their own are forged, but mine is forged.”

In his reaction, Oluomo denied forging Kadiri’s signature, saying, “I am not the accounting officer of the House and not in charge of payments. Besides, you recall some time ago after his impeachment by 19 out of 26 members, he called me a thief in a video; that is already in court.

“Maybe when I see this one somewhere also, I will join it with the one in court as I have already sued him and his media collaborators. Finally, the onus is on him to prove that. The House doesn’t even have that type of money,” Oluomo said.