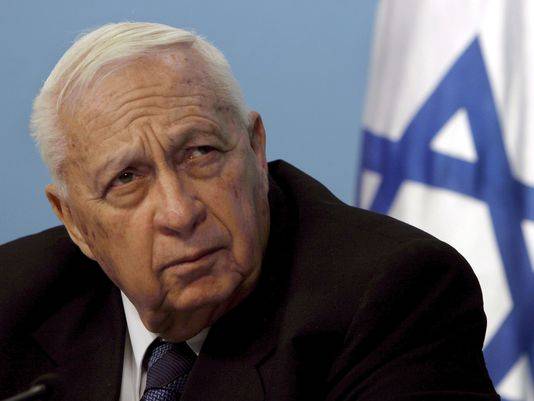 Sharon came the closest in recent times to try and find a solution to the zionism of both Israelis and Palestinians. Two years before the stroke that would eventually end his life he gave the go ahead to give Palestinians back some of the land taken from them.

In September 2001, Sharon stated for the first time that Palestinians should have the right to establish their own land west of the Jordan River. In May 2003, Sharon endorsed the Road Map for Peace put forth by the United States, the European Union and Russia, which opened a dialogue with Mahmud Abbas, and stated his commitment to the creation of a Palestinian state in the future.

He embarked on a course of unilateral withdrawal from the Gaza Strip, while maintaining control of its coastline and airspace. Sharon’s plan was welcomed by both the Palestinian Authority and Israel’s left wing as a step towards a final peace settlement. However, it was greeted with opposition from within his own Likud party and from other right wing Israelis, on national security, military, and religious grounds.

However, these final years should not shroud us from the fact that he was a brutal zionist who was despised by the Palestinians and their supporters.