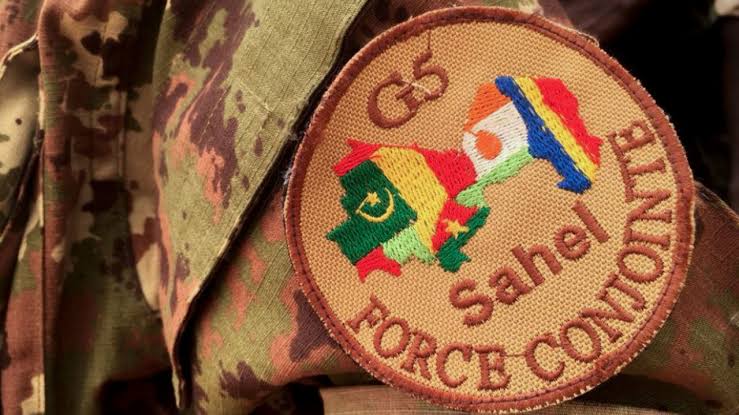 The meeting comes a year after France boosted its troops in the Sahel.

But despite military successes, jihadists remain in control of vast areas of territory and the attacks continue.

Six UN peacekeepers have been killed in Mali so far this year, and France has lost five soldiers since December.

Islamist fighters in the Sahel first emerged in northern Mali in 2012, during a rebellion by ethnic Touareg separatists which was later overtaken by jihadists.

France intervened to drive out the insurgents, but the jihadists scattered, taking their campaign into central Mali and then into Burkina Faso and Niger.

Thousands of soldiers and civilians have been killed, according to the UN, while more than two million people have fled their homes.

The crushing toll has fuelled perceptions that the jihadists cannot be defeated by military means alone.

At a summit in the French city of Pau last year, G5 Sahel leaders agreed to step up military cooperation to tackle the threat. “We have no choice. We need results,” said President Macron at the end of the January 2020 summit.

But some experts see limits to a solely military strategy.

In a report published 1 February, the Brussels-based International Crisis Group (ICG) called on G5 Sahel leaders to “reorient their approach to one rooted in efforts to prioritise governance, notably by soothing the escalating tensions among communities and between communities and the state in rural areas, which jihadists exploit, and by improving governments’ delivery of basic services to citizens”.

The jihadists “are capable of turning their backs, bypassing the system, and continuing,” he said.

France and Mali at odds over opening dialogue with Sahel jihadists

Last year, France increased its Barkhane mission in the Sahel from 4,500 troops to 5,100 – a move that precipitated a string of apparent military successes.

French forces killed the leader of the notorious Al-Qaeda in the Islamic Maghreb (AQIM), Abdelmalek Droukdel, as well as a military chief of the Al-Qaeda-affiliated Group to Support Islam and Muslims (GSIM).

But the latest attacks have also brought the number of French combat deaths in Mali to 50, leading to soul-searching at home about Barkhane’s cost and usefulness.

Macron last month opened the door to a drawdown, suggesting France may “adjust” its military commitment.

Despite persistent rumours, France is not expected to announce any troop withdrawal at the summit in N’Djamena.

Instead, to lighten the load, France is hoping for more military support from its European partners through the Takuba Task Force which assists Mali in its fight against jihadists.

The Sahel armies, for their part, are unable to pick up the slack.

Sahel jihadists eye expansion into Cote d’Ivoire and Benin
In 2017, the five countries initiated a planned 5,000-member pooled force, but it is weighed down by lack of funds, poor equipment and inadequate training.

Chad, which reputedly has the best armed forces among the five, promised a year ago to send a battalion to the “three border” flashpoint where the frontiers of Mali, Niger and Burkina converge. The deployment has still not happened.

In Mali, the epicentre of the Sahel crisis, army officers overthrew president Ibrahim Boubacar Keita last August after weeks of protests over perceived corruption and his failure to end the jihadist conflict.

The interim government has pledged to reform the constitution and stage national elections, but critics say the pace of change is slow.

A 2015 regional deal between Mali’s government and northern rebel groups has also barely advanced, yet it is one of the country’s few options for escaping the violence.