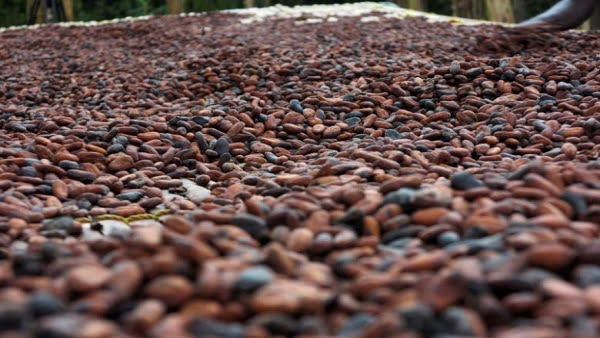 Some Ghanaians are panicking over reports of the Chinese entry into the cocoa industry.

The Chinese Academy of Tropical Agricultural Sciences recently reported that the Chinese island of Hainan has exported cocoa beans to Belgium.

South China’s island province of Hainan was responsible for the exported cocoa beans.

The first batch of 500 kg of cocoa beansworth 3,044 euros (about $3,600), was produced in Xinglong, a township of Hainan with a tropical climate, China Daily reported.

“Cocoa is a raw material for making chocolate. With the increasing demand for chocolates, Hainan has been expanding its cocoa planting area and making breakthroughs in technological development,” said Hao Zhaoyun, a researcher with CATAS.

“As Belgium is dubbed ‘kingdom of chocolates,’ exports to the country indicate that our cocoa production standards have been recognized by the international community,” Hao added.

Ghana’s COCOBOD, the agency that handles issues related to cocoa farming and export in Ghana is assessing the impact of the impact of cocoa beans by China.

Although COCOBOD appears concerned, it maintains that the quantity of the Chinese cocoa export is too small to affect Ghana as the second largest cocoa producer in the world.

But there are concerns about the impact on price of cocoa beans on the world market if there is no increase in production and consumption.

Ogyakrom have produced cocoa for nearly 150yrs and farmers have to born more children to help peel.

The world won’t wait for us.

Ghana’s Agricultural Workers Union (GAWU) has cautioned the government not to panic but rather initiate steps to modernize agriculture to mitigate any impact.

According to the General Secretary of GAWU Edward Kareweh the government of Ghana must transform cultivation of cocoa, its harvesting and processing to generate more revenue from cocoa production.

“We have to immediately change how we produce cocoa in this country. For more than 100 years we have been using cutlasses and hoes on our cocoa farms.

If we look at how we even harvest and store the cocoa beans, it is also not the best. We must sit up looking at the capacity of China and what they can do when they enter a particular industry” he said.

A Ghanaian renowned businessman, Sam Jonah expressed worry at a public event saying “The Chinese having helped pollute our rivers through illegal mining activities and having, in connivance with some Ghanaians acquired large tracks of farmlands in the cocoa growing areas have started producing their own cocoa.”

On Social media many Africans are worried very soon, China could outdo the leading producers of Cocoa, all found in Africa.

As the second largest producer of Cocoa, we( Ghana) should be worried China has started producing and exporting Cocoa to Belguim albeit small quantities. In a couple of years, our “unmatched” Cocoa will be matched by the Chinese. 🙏🏿

Now apparently China has started growing Cocoa. Lmao Malaysia have been doing Palm oil. Smallest time even the littlest things we do to keep afloat will be taken over because our leaders have been super unserious.

China is polluting our water bodies and destroying our cocoa farms only to start producing cocoa to the European market, China is a threat to Ghana, ghana youth asrise oooh #knust

China found a way to grow and export their own cocoa? It’s over for us.

Cocoa is mainly produced in tropical regions such as West Africa with Ghana and Ivory Coast the leading producers.