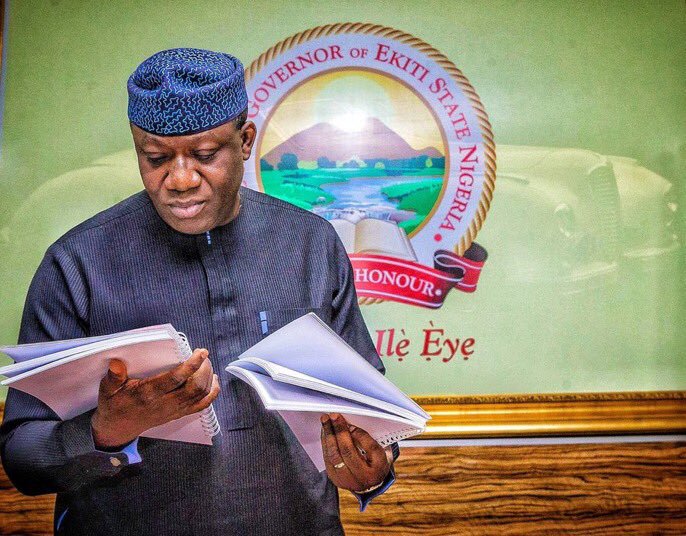 …proposes a total sum N124,724,869,324.95k as Recurrent and Capital Expenditure, budget to cover the Five Pillars of His Excellency’s Administration.

Governor Kayode Fayemi has today, presented the Ekiti State Year 2020 budget to members of the 6th House of Assembly at the Hallowed Chamber. The budget which is valued at a total sum of One Hundred and Twenty Four Billion, Seven Hundred and Twenty Four Million, Eight Hundred and Sixty Nine Thousand, Three Hundred and Fifty Five Naira, Ninety Five Kobo (N124,724,869,324.95 ); is tailored to address critical areas of development in line with the Governor’s Five Pillars of Administration Agenda.

In his speech, while making the presentation, the Governor expressed his delight to present the Year 2020 Budget in fulfillment of Constitutional demands.

According to the Governor, the proposed 2020 budget will provide a platform for the articulation of the Government’s mission and vision towards the implementation of cardinal programmes which are thoughtfully crafted in the Five Pillar Agenda of his Administration.

He also noted that the budget will consolidate the achievements recorded in restoring the core values of the state through the promotion of good pedigree, the Omo ‘luabi symbol Ekiti is known for while establishing a fiscal framework that will positively bring the state to positive economic reality.

“Ekiti State Budget has been upgraded to conform with the global standard as the document transited from cash-based budgeting to International Public Sector Accounting Standard (IPSAS).

He also mentioned that his administration has embarked on several laudable projects and programmes which will undoubtedly impact the lives of the people of the State.

“Our numerous development partners who left the State as a result of the unconducive environment for partnership in the last administration are not only back but have signed pacts with our administration to develop Ekiti State. For instance, major investors in the agriculture and industrial sectors have signed business pacts with the state government”, he said.

Governor Fayemi disclosed that part of the support gotten from development partners is the 1000km rural roads that will be constructed under the Rural Access and Agriculture Marketing Programme (RAMP) of the World Bank and the French Development Agency (AFD).

According to Mr. Governor, the project would commence in January 2020 as soon as the financing arrangement is signed, would generate employment opportunities, provide reliable access and cost-efficient transport system that will facilitate the delivery of agricultural inputs and services to increase productivity.

He also disclosed the plan of the government to establish a new special public works programme aimed at recruiting 1,000 youths who would be paid N20,000 monthly on rural-community projects, among other social investments.

“The Year 2020 Budget of deliverables is borne out of the 2019 budget of restoration which laid a necessary foundation for the expected deliverables of the next fiscal year by revamping and resuscitating all our inherited projects and programmes as well as opening up new ones. The critical fundamental ideology of this Administration is adherence to the rules of fiscal discipline and prudence.

“Without any fear of contradictions, we are irrevocably committed to the principles of transparency, openness adherence to the fiscal legal framework as entrenched in the 121 (1) of the 1999 Constitution of the Federal Republic of Nigeria (as amended). The proposed 2020 budget will provide a platform for the articulation of the Government’s mission and vision towards the implementation of our cardinal programmes which are thoughtfully crafted in the Five Pillar Agenda of this Administration,” he said.

The presentation was made by the Governor shortly after his admittance into the floor of the House by Hon. Aribisogan Olugboyega (Leader of Business) (Ikole I) and seconded by Hon. Akingbolu Tajudeen (Deputy Leader) (Ekiti West I) with the Motion: “The Executive Governor of Ekiti State, His Excellency, Dr. John Kayode Fayemi and his entourage be admitted into the floor of the House to present the year 2020 Budget pursuant to Section 121 (1) of the 1999 Constitution of the Federal Republic of Nigeria (as amended).”

The Speaker of the House, Rt. Hon. Funminiyi Afuye, after the Governor was admitted into the House, in his welcome address, expressed his supreme confidence that the Year 2020Budget will sustain and improve the tempo of development in Ekiti State.

“I pray for political stability, industrial harmony, and economic prosperity to be able to drive development to all the nooks and crannies in the State in the life of this budget and hence. I want to assure Your Excellency the House will work assiduously on the Appropriation Bill to pass it into law as soon as possible before the end of the year 2019,” he said.

HUSBAND STITCH! WHAT IS IT?

EXCERPT FROM AN INTERVIEW BY OTUNBA BIODUN AJIBOYE ON ADAMS OSHIOMOLE,... 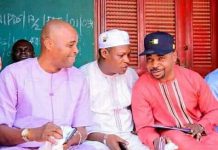 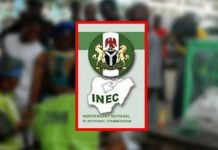 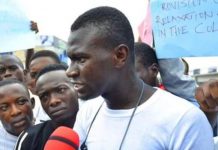 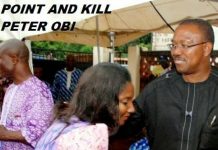 “Fashola is more Igbo than Obi – Offor “Believes, ‘by his...