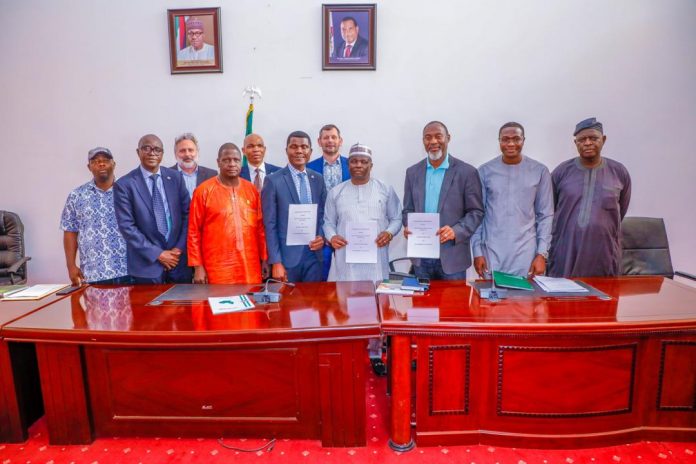 Plateau State has began the process of implementing the National Livestock Transformation Program (NLTP) with the signing of a memorandum of understanding with two companies that will begin operations at the Wase and Kanam Grazing Reserves.
During the signing of the MOU at the Government House Rayfield-Jos, Plateau State Governor Simon Bako Lalong expressed delight that the initiative is gradually becoming a reality after the initial setbacks occasioned by misinformation, politicization and skepticism that drew unnecessary resistance.
He said through robust engagement, enlightenment and dialogue, the earlier fears were dispelled leading to the acceptance of the program by both farmers, pastoralists and businessmen.
He said “when the NLTP was initiated, it was erroneously misinterpreted by those who wanted to play politics and discredit it. I told my people that as their Governor, I can never bring anything that will cause them pain and poverty. Because I was in the NLTP Committee, I understood clearly that Plateau State will not only benefit from it, but will use it to create jobs and address the farmer herder attacks which almost destroyed the peace of our peace “.
“After the engagement with stakeholders, people embraced it because it is business. It has nothing to do with ethnicity, religion or tribe. Those who had taken over and converted for personal use most of the grazing reserves of the State were behind the incitement and lies alleging that we wanted to sell the State to one group or the other. When I threatened to retrieve all the shared grazing lands from them, they kept quiet and retreated. Of the 7 grazing reserves, the only ones still available are the Kanam and Wase reserves which we are going to use for this pilot phase” he explained.
He said the State which is among the five selected for the pilot phase will benefit from the 15 billion that has been earmarked, using a purely private sector led template.
Senior Special Assistant Assistant to the President on agriculture and coordinator of the NLTP Andrew Kwasari said the programme has a lot of benefits to the country as it is comprehensive enough to cover all those involved in the Livestock industry with value chain addition.
He commended the Governor of Plateau State for remaining focused despite distractions from various quarters, saying he will soon be praised and vindicated not only by his people, but even his critics.
The Secretary to the Government of the State Prof. Danladi Abok Atu signed on behalf of the State Government while representatives of Sahel Consulting Agriculture and Nutrition Ltd. and Integrated Diaries signed for their companies.
The two companies are to develop infrastructure and facilitate the establishment of diary, meat, foliage and related companies that will cut across various livestock species. They will also facilitate human capacity development of the local citizens who are expected to drive the process.
The event was attended by the Deputy Governor of Plateau State Prof. Sonni Tyoden who is the Chairman of the State Livestock Transformation Program (SLTP). A team of investors from Netherlands led by Klaas Struiksma, was also at the signing ceremony where they pledged to work with the government on strengthening the program and investing in the vast opportunities available in the Livestock sector. Prof. John Wade, Secretary of the SLTP later led the delegation on a visit to Kanam and Wase grazing reserves. 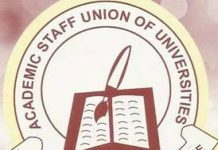 Press Release by ASUU, Akure Zone on Happenings in the Federal... 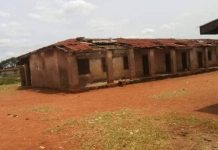 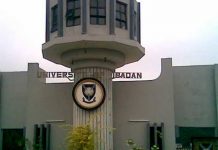 6 UNIVERSITY OF IBADAN STAFF IN DSS NET OVER EXAMINATION MALPRACTICE 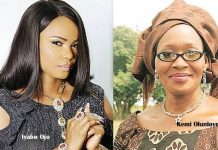