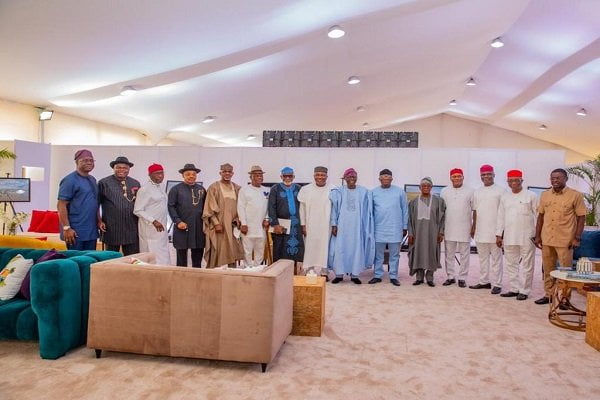 Southern Governors’ Forum is currently meeting in Lagos to discuss topical issues affecting the nation and their states.

Some of the issues likely to be focus of the meeting include; open grazing, restructuring, agitation by some groups and security challenges facing the country.

The meeting which is the second to be held by the Forum is being hosted by the  Lagos State governor Babajide Sanwo-Olu at the Lagos House Sports Ground, Alausa Ikeja.

The governors of  Edo, Abia, Imo and Ebonyi  states were represented by their deputies while governors of Anambra and Cross River are still being expected at the time of filing this report.

Meanwhile, a communique is being expected at the end of the meeting

The first meeting of the Southern Governors’ Forum was held in Asaba, Delta state in May this year .