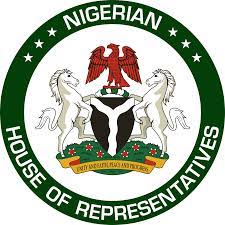 The House of Representatives plenary on Thursday passed for second reading a Bill seeking to alter the Constitution of the Federal Republic of Nigeria, 1999 with a view to removing the Code of Conduct Tribunal, an adjudicatory body, from the executive arm and placing it under the judiciary as a superior court of record.

The proposed legislation titled, “a Bill for an Act to Amend the Constitution of the Federal Republic of Nigeria to Establish the Code of Conduct Tribunal as a Superior Court Created by the Constitution,” is sponsored by Hon. Solomon Bob (PDP, Rivers).

According to him, all these sections deal with superior courts of record and it is sought by this amendment to incorporate the Code of Conduct Tribunal among them.

He noted that it is trite that in a presidential democracy such as Nigeria, the three arms of government, the Legislature, Executive and Judiciary are distinct and separate in functions, powers and composition.

This distinct separation of powers, Bob said is intended to secure the independence of each arm and for each to act as a check on the exercise of power by the other, which ultimately enhances the effective discharge of their respective constitutional responsibilities.

He said that the failure to situate the Tribunal under the judicial arm of government thus runs contrary to the principle and practice of separation of powers in a Presidential democracy such as the country is professedly practicing.

While stressing that the amendment will make members of the Tribunal judicial officers with the attendant protection and privileges which that will afford, besides securing the funding of the Tribunal as its funding will be charged on the consolidated revenue of the federation and released directly to the head as statutory transfers, he added that it will in turn immune them substantially from the manipulation or control of the Executive

For ease of reference, Mr. Speaker, Honourable colleagues, paragraph 18(2) of the 5th schedule which deals with the powers of the Tribunal provides in extenso: 18(2): “The punishment which the Code of Conduct Tribunal may impose shall include any of the following: Vacation of office or seat in any legislative house, as the case may be; Disqualification from membership of a legislative house and from the holding of any public office for a period not exceeding ten years; and Seizure and forfeiture to the state of any property acquired in abuse or corruption of office

The above provisions clearly clothe the Tribunal as a judicial body with the powers of a competent court of record.

“Honourable Colleagues, under a presidential democracy, one single arm of government ought not exercise executive and judicial powers such as is the case presently. The horrifying consequences or dangers of placing the Tribunal under the Executive as it is today are clear for us all to see. Its independence is non-existent and its instrumentalization by the executive as a weapon against the legislature and the judiciary is evident and undeniable. This is a clear negation of the noble objectives for setting up the tribunal and, more importantly, a violation of the hallowed doctrine of separation of powers.”

In what seems like a perfect start for the New Year, Nigerian feature film, Eyimofe (This Is My Desire), has been nominated for the 2022 NAACP Image Award, a yearly awards ceremony organised
AMCON MD, Ahmed Kuru, under EFCC Searchlight over corruption allegations
To Top
error: Content is protected !!