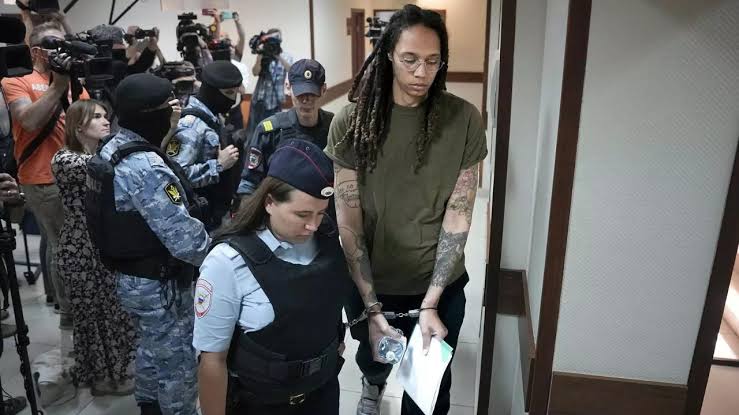 “I made an honest mistake and I hope that in your ruling that it doesn’t end my life here. I know everybody keeps talking about political pawn and politics, but I hope that that is far from this courtroom.

“I want to say again that I had no intent on breaking any Russian laws. I had no intent. I did not conspire or plan to commit this crime,” she added.

This ruling comes as the United States and Russia are negotiating a possible prisoner swap that would reportedly free Griner and fellow detained American Paul Whelen in exchange for at least one Russian prisoner in U.S. custody.

The Biden administration has classified Griner as “wrongfully detained” by its former Cold War enemy and been under pressure to secure her release.

Griner, who plays basketball in Russia during the WNBA off-season, has been detained in Russia since February after her arrest at Sheremetyevo Airport near Moscow for allegedly carrying hashish oil vape cartridges in her luggage, which can carry a maximum sentence of 10-year prison.

She pleaded guilty to drug charges on July 7. But she has said the vape cartridges were in her luggage mistakenly, and she didn’t intend to commit a crime.