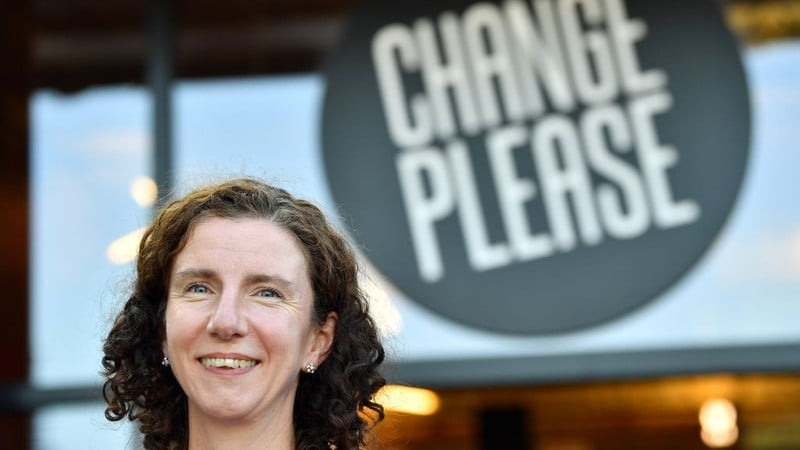 At the start of 2021, Labour and the Tories were neck and neck in the polls. Only three months later, a YouGov poll out this week has the Conservatives ten points up on Starmer’s party. This popularity dive comes at the worst possible time for Labour, with a crucial set of local elections, mayoral contests, Scottish parliament elections and the Hartlepool by-election to consider. Starmer is powerless to control some of the forces causing Labour’s slump. But there is one big thing he could do that would help: clear out the dead wood from his shadow cabinet.

Rumours about Starmer opting for a reshuffle have been so ubiquitous lately that the leader of the opposition had to openly defend his top team while on the campaign trail this week. ‘Anneliese Dodds has my confidence, she has my full confidence, she is doing a fantastic job,’ Starmer said, reminding us all of the football owner who pledges his ‘full confidence’ in the manager before unceremoniously sacking them. Yet the difference is that Starmer seems reluctant to act.

Whatever Starmer is really thinking about how his shadow cabinet is doing, it’s clear that it is time for a shake-up. It’s not that any of the current postholders have been terrible; it’s just that they haven’t been visibly good enough. When you are in the electoral hole the Labour party is in at the moment, you have to use everything to try and get yourself out. Dodds and Nick Thomas-Symonds, the shadow home secretary, are bright people with the competence to do their jobs. But what they don’t have is the charisma and media experience to cut through to the average punter. And while the current Parliamentary Labour party is thin on talent, there are people available within it who do have the abilities required.If Starmer is serious about beating Boris, he needs to urgently change his perspective

In fact, the MPs who really should occupy the top jobs in the shadow cabinet are so obvious, it is genuinely strange that Starmer hasn’t noticed. Rachel Reeves should be the shadow chancellor. The rumour won’t die that she was Starmer’s first choice but that he picked Dodds instead because the latter was so much less antagonistic to the left of the party. This worry should no longer be a consideration for the Labour leader. It’s time for Starmer to correct the mistake he made in not picking Reeves in the first place.

Another obvious choice is Yvette Cooper as shadow home secretary. Starmer didn’t choose her for a top job for the same reason he didn’t opt for Reeves as shadow chancellor: internal party politics. Again, that should no longer worry Starmer. After all, he won’t annoy Corbynistas any more than when he binned Jeremy from the party. And he should remember that some time within the next few years, he has an election to win.

Hilary Benn is another easy pick; Starmer should make him shadow foreign secretary. Giving him the job that Corbyn took away for petty reasons has a very nice: ‘The Labour party is under new management’ feel to it. And while he is reshuffling, Starmer needs to also call time on Lisa Nandy’s stint as shadow foreign secretary. She simply hasn’t been up to it, and would do a better job making life difficult for Gavin Williamson as shadow education secretary.

To people outside of the Labour party, a lot of this seems really obvious: Starmer needs to take his best people and put them to use. Yet while the need for a reshuffle is blindingly clear to many, I’m sceptical Starmer will have the nerve to make such a decisive move. His time as leader has shown all too clearly his hesitancy and a general fear of moving too fast and breaking things. Starmer also has a deeply unhelpful nervousness about upsetting the left of the party more than he has to.

Yet if Starmer is serious about beating Boris, he needs to urgently change his perspective and realise that this is no time for caution. Instead of fearing the left of his party, thinking he can win them back at some point, Starmer needs to take them on completely and call their bluff. He has to realise it is him or them and only one side can win.

If Starmer can assemble a winning team and deprive the Tories of a majority at the next election, he is the victor. It’s as simple as that. And if he fails, the left almost certainly takes over again and the Conservative party will probably be in power for the next decade at the very least. The stakes could not be higher.

So if Boris must win the next election, Starmer needs to at least go down fighting with his best people leading from the front. In doing so, he could also give the likes of Cooper, Reeves and Benn some airtime so that the next Labour leadership election isn’t simply a return to the Corbynista show.

More than anything, Starmer needs to realise that he’s running out of time to turn things around. This means that a reshuffle this side of summer has become a dire necessity. Making such a bold move might not come easily to Starmer. But the alternative is a continuation in their roles of an uninspiring and deeply boring Labour top team – hardly what is needed to help kick Boris out of No.10.