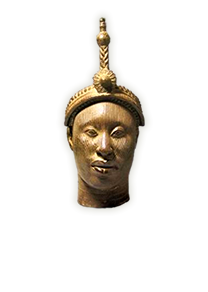 Throughout the length and breath of Yorubaland, strategically located within the geographical space called the South-West of Nigeria, the Royalty is supreme and highly venerated.

The Royalty, is indeed, in a special class, all its own. It is very distinct and highly revered amongst the various segments that make up any Yoruba community.

It is within the Royalty that a monarch (Oba Alase, Igbakeji Orisa) is usually and normally anointed and enthroned, through popular affirmation.

Similarly, other members of the Royalty, like the Princes and Princesses, are equally highly venerated because it is usually from their own ranks, though lower in power and functions, (here, I mean the male Princes in particular) that an Oba eventually emerges.

In some distant past, some female members of the Royal Family otherwise known and addressed as ‘Princesses’ were known to have emerged as monarchs (Obas) in their respective domains.

The idea of having female monarchs died a natural death in the course of time. As if by common consent, most Yoruba communities at some point in their chequered history, rejected the concept of putting Princesses on the royal throne as bona-fide monarchs.

What chiefly accounts for this till date is the widely believed feeble nature of women. We cannot rule out other reasons for their exclusion from the royal throne. But such factors would have to be explained away by the peculiar circumstances of each kingdom.

Even at that, Yoruba Princesses are still accorded a place of pride, in the Royal firmament till date. For instance, Princesses are now appointed as REGENTS holding the fort for both a departed monarch and an incoming one especially during an interregnum. Yoruba people seem to prefer Princesses to Princes to serve as a stop gap during an interregnum in the belief that a Princess cannot contemplate sitting tight on the throne whereas an average Prince could argue that being a Prince, he is equally entitled to remain on the throne even as a regent. It is for this reason that Yoruba do not permit Princes to serve as regents during any interregnum.

Since the monarch in conjunction with the royal Princes and Princesses, are together believed to be the principal custodians of the norms, customs and traditions of their respective domains, it is also their prerogative to give out chieftaincy titles to those few believed to merit such honour within the society. The lucky few chosen, would in this wise, become the Oba-in-Council.

Besides, the royal titles, Prince and Princess, going by their natural designation, classification, decoration and even functions and privileges, are regarded as high titles which attract as much, if not higher, acclaim and honour as are accorded to any community Chief.

Against these two important factors, it is out of place, for any Prince or Princess to seek to take a chieftaincy title outside of the Royalty. It is widely considered to be an abomination in Yoruba mythology to make such a demand.

In conclusion, it bears emphasis to state that Princes and Princesses are themselves the custodians of chieftaincy titles and they give such out as they deem fit. It is irregular therefore to attempt to bestow a community chieftaincy title on any Yoruba Prince or Princess, save for when one is lucky enough to be ordained as a monarch of his native domain.

In the social pecking order or protocols, Princes and Princesses are usually accorded special place and honour. Nothing must be done to desecrate the sanctity of their privileged position in the esteemed Yoruba society.