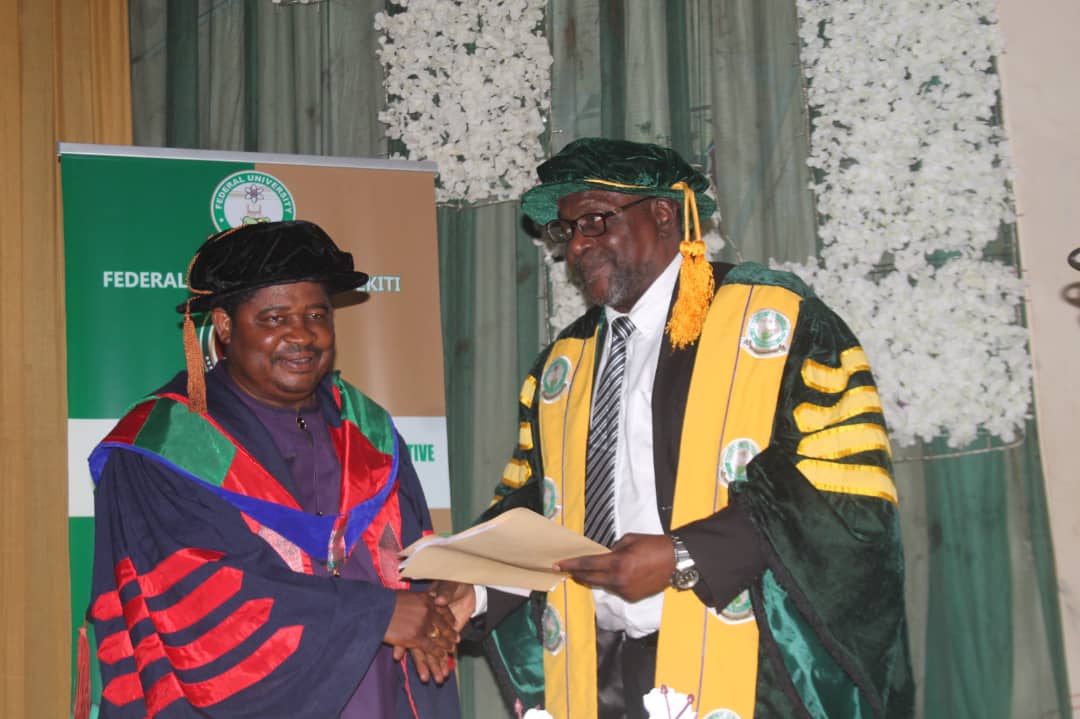 A university don, Prof Rasaki Ojo Bakare, and former Director General, Abuja Carnival on Thursday advocated the use of music, dance and drama in solving myriads of problems plaquing the country.

Bakare, a Professor of Choreography and Performance Aesthetics at the Federal University Oye Ekiti, said the three instruments of entertainment had, in the past, proven as veritable source of succour and meaningful engagement that invariably make people, especially youths happy in other climes with similar challenges.

He made the proposal in his inaugural lecture on the topic, ” The Healing Properties of the Performative Trinity for a Troubled Society”, at the university, he said the three components of entertainment could also be used as socioeconomic re-engineering strategy for the country.

He described music, dance and drama as critical .mobilising factors capable of healing the wounds in the hearts of the nation and its people.

Bakare said he has composed well over 400 songs as well as written quite a number of musical works, including choreographing a total of 200 dance works, as part of his contributions to academics and entertainment since becoming a university lecturer over two decades ago.

He said, music, in particular, has been acknowledged as a therapy which artists use sometimes to make sick patients get rid of their health problems.

” Beyond the clinical use of music as a therapy,its communicative power through lyrics, it also aids social engineering as well as act as catalyst for. behavioural change.

” For instance, with particular focus on the youths of Nigeria, cutting across the diverse ethnic, cultural, religious and ideological divide, dance can be used as an experimental instrument in form of carnivals, festivals, street dance and contests”, he said.

The renown dance specialist, recalled that at a time in Nigerian history, former President Olusegun Obasanjo, in response to negative publicity and global diplomatic setbacks experienced by Nigeria then, adopted cultural diplomacy as our image building mechanism which eventually worked for the nation.

He said: ” dance, like the other two components of the performative trinity, communicates and administers healing, especially when the moral order of the society is ruptured and dance is deployed to the rescue”.

” Art, with reference to the performative trinity has served as veritable alternatives to for the youths of this country in the context of positive empowerment and engagement. This has helped in the reduction of the rate of social vices in the country “.

” In critical times such as this, a country like Nigeria, where insurgency, ethnic crisis and communal clashes, among others are the order of the day, the availability of a functional arts sector helps to reduce the rate of the unfortunate results”

” The sector also has the primary responsibility of providing creative consultancy and prevent leaders and other stakeholders from taking rash or impetuous decisions”.

Speaking at the lecture, the Vice Chancellor, Prof Soremekun commended Prof Bakare for his well structured lecture, describing him as one of the leading lights of the institution.