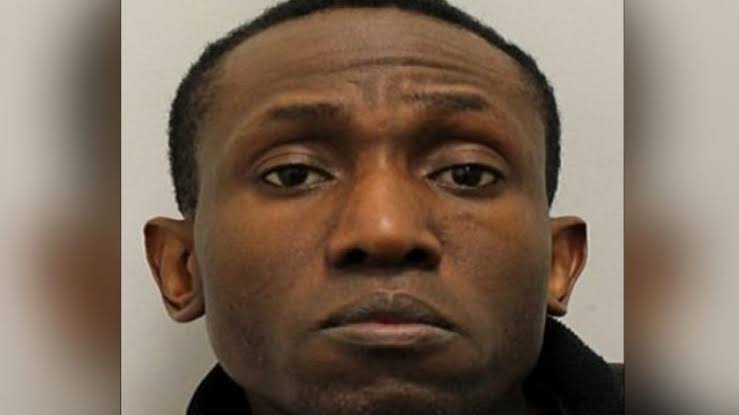 A Nigerian man, Isaiah Olugosi, 38, was on Monday, March 28, discovered dead in his cell at HMP Wormwood Scrubs in West London, where he was awaiting sentence after being convicted for fraud.

In May 2021, he pleaded guilty to masterminding a scam that defrauded over 100 shops in the UK in a two year reign of theft.

Olugosi, his wife Holly and members of his organised crime group exploited over 30 teenage victims and were charged with modern slavery laws.

While in court he revealed that girls were recruited via social media and approached on the street, with some living in foster homes while others had gone missing.

At Snaresbrook Crown Court, Olugosi admitted conspiracy to arrange or facilitate the travel of children for exploitation, two counts of conspiracy to defraud, money laundering and possession of articles for use in fraud.Money made from his scam was used to fund his expensive lifestyle, where huge sums were spent on cosmetic surgery, tanning sessions, a new Mercedes, luxury holidays and even a fridge they bought for £2,500.The team leaders would trick or coerce the girls into joining their criminal gang, before Olugosi and his drivers transported them across the UK using pre-planned routes to target branches of each store.They printed out and put fake barcodes on items to pay a cheaper price before later returning for a full price refund, meaning a phone bought for £20 could get a £120 refund.The girls would often go missing for several days, committing fraud during the day and staying in hotels at night.