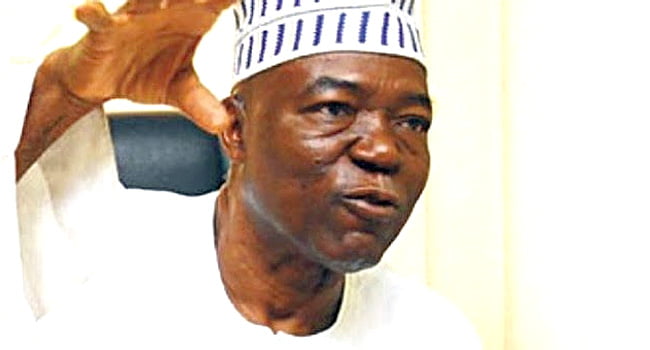 The government of Jersey says it will engage Nigerian authorities on the repatriation of funds totalling £1.9 million forfeited by retired Lieutenant General Jeremiah Useni, following an order by the Royal Court.

Useni, 79, was said to have transferred the money into the island’s Standard Chartered Bank accounts using a false identity between 1989 and the late 1990s while he was in military service.

“Jersey has robust and effective legislation which in appropriate cases will be used to forfeit monies associated with corruption summarily and ensure that such funds are returned for the benefit of the people who have suffered from its effects,” said the country’s Attorney General, Mark Temple, after the court gave the order last Thursday.

“I will explore with the Government of the Federal Republic of Nigeria how to return these forfeited assets to the people of Nigeria.

“However, there is an existing framework for the return of funds to Nigeria linked to the Abacha regime which was successfully established with the Governments of Nigeria and the United States in relation to the return of over US$300 million of the assets of Doraville Properties Corporation.”

Useni served as the Minister of the Federal Capital Territory under the late General Sani Abacha military junta from 1993 to 1998.

On Nigeria’s return to democracy in 1999, he was elected to the Senate as the lawmaker representing Plateau South district in the National Assembly between 2015 and 2019.

He later contested the Plateau State governorship election in 2019 on the platform of the Peoples Democratic Party (PDP) but lost to incumbent Governor Simon Lalong of the All Progressives Congress (APC).

Temple, according to a statement on the government of Jersey’s website, served a forfeiture notice under Article 10 (1) of the Forfeiture of Assets (Civil Proceedings) (Jersey) Law 2018 on Useni on May 28, 2021.

The notice sought the forfeiture of approximately £1.9 million deposited into Jersey numbered bank accounts in a false identity. The Royal Court, on its part, granted the attorney general’s application to forfeit the funds on May 19, 2022.

The Attorney General argued that the accounts were created to hold and conceal bribes, or other proceeds of corruption received by Useni during the period he held high political office in the Abacha regime.

He stated that the general did not attend the forfeiture hearing and was not represented at the session, although he was represented at previous hearings in the case.

“The decision is open to appeal,” the statement said.