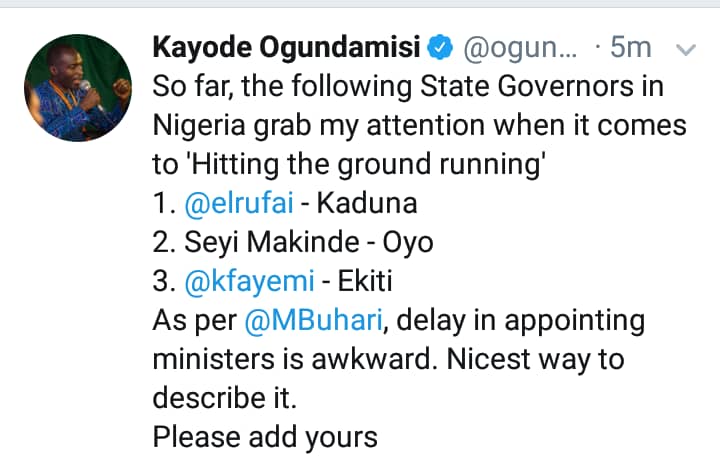 The Ekiti State Executive Council (EXCO) has approved the full implementation of the recommendations of the Egbeyemi committee which was set up to review appointments made between 2014 and 2018.

The approval covers the integration of 272 officers of various Ministries, Departments and Agencies (MDAs) and Local Government Service Commission who had been on manual payroll system to the biometric payroll system for payment of their salaries forthwith while their outstanding salaries are to be paid in four instalments.

The approval also covers the re-engagement of 80 of the officers that were recruited in the State House of Assembly but were disengaged in 2014 by the last administration, in consonance with available vacancies in the 2019 personnel budget.

The re-absorption of the House of Assembly officers is with effect from August 1st, 2019.

Affected officers are advised to check their names with their various MDAs or the House of Assembly Service Commission.